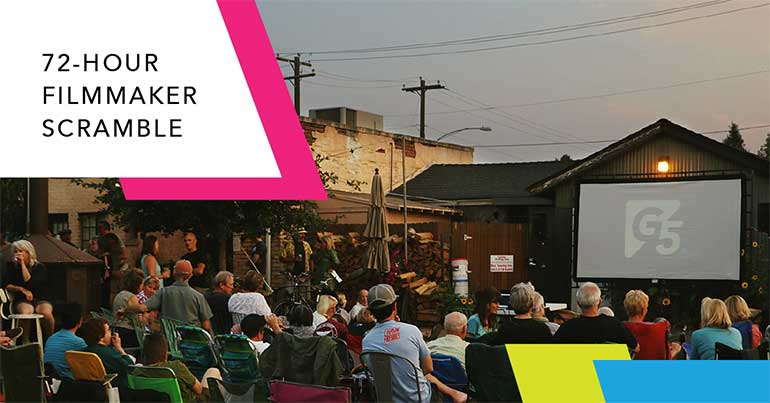 How does it work: Join us for a quick workshop from BendFilm’s Director and filmmaker Todd Looby. Participating teams receive a crash course on no-budget filmmaking, then set off to make a film in just three days based on a common theme selected that day. Past themes have included “LOVE IS THE ANSWER” and “THE OTHER SIDE” which were interpreted in lots of unique ways.

All entries are juried by professional filmmakers, BendFilm programmers, and ScaleHouse Board and staff.

Participating films then screen publicly at an outdoor Mini Film Festival. The Jury Award Winner screens during the annual BendFilm Fall Festival and the Audience also votes on their favorite. Filmmakers of all ages and experience welcome!

Each year, BendFilm + ScaleHouse partner to host the 72-hour Filmmaker’s Scramble. The event kicked-off on July 26, 2018 when participating teams received a no-budget filmmaking workshop and then set off to make a film in just three days based on the common theme.

All films are juried by professional filmmakers, BendFilm programmers, and ScaleHouse Board and Staffers.

200 people came out to watch 16 films produced by local filmmakers for the BendFilm ScaleHouse 72 Hour Filmmaker Scramble. See the Audience Award winner How Can You Stand It by Max Reisfar.  JP Schlick won the Jury Award for S&M Love Company which will screen at the 2018 BendFilm Festival. Congratulations to all filmmakers!

The Jury Award Winner, “Sticker Shock” by Popmotion Pictures screened during the annual BendFilm Fall Festival and the Audience voted on their favorite, “Wink,” by Future Filmworks. Here is “Wink:”

Synopsis:
A quirky short film about a single mom, Kayla and her son, Sammy. Kayla is trying to find love online. And it isn’t going so well. Her companion animal, who is a silkie chicken named “Fluffy” helps keep her tourettes manageable. Watch and find out why DID the chicken cross the road.

All components of the film were created solely for the scramble and during the 72 hour period. 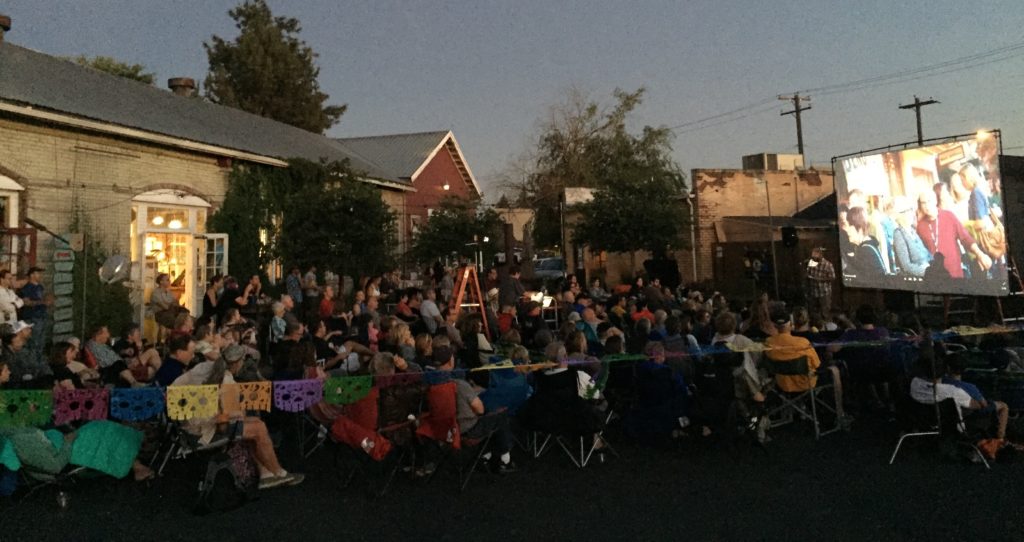 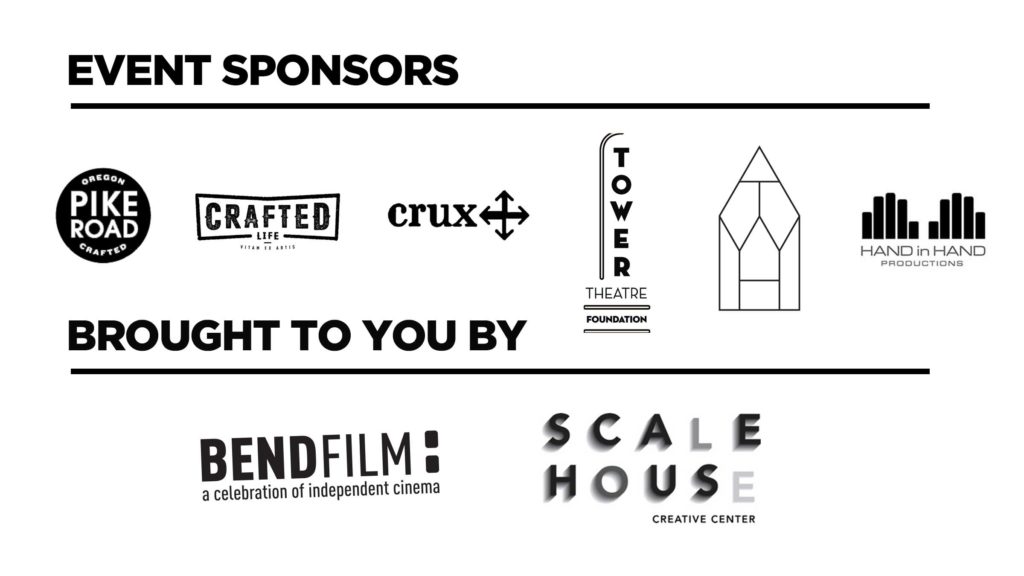