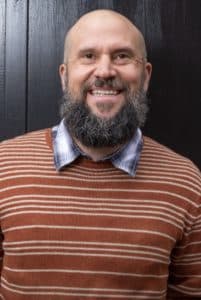 Todd spent eight years as a Construction Manager for Chicago’s biggest firm, teaching himself filmmaking on the side and eventually making the leap to full-time filmmaking in 2008. Todd’s second narrative feature, “LEFTY,” screened at festivals across the country and was named in “The Top 10 Movies of 2009…” by the Chicago Tribune’s Metromix. His follow-up, “Son of None”—a narrative short shot in Liberia—won the Special Jury Award at Slamdance Film Festival. Todd’s latest narrative feature, “Be Good,” stars indie-favorites Amy Seimetz and Joe Swanberg and was called, “Well acted, crafted and observed.” Prior to working at BendFilm, Todd was the Executive Director of a successful non-profit that runs a boarding school in Liberia. Avid hikers and all-around outdoors lovers, Todd, his Northwest-native wife, Monica, and their two young children are thrilled to be living in Bend. 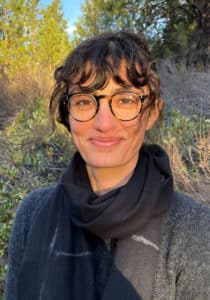 Born and raised in Turkey, Selin studied filmmaking in the UK. A Berlinale Talents Screenwriters alumna and an ex-film critic, she is currently head of festival programming at the BendFilm Festival and a script consultant at magicofstory.com. She has written eight screenplays, some of which are in development. Her scripts entered the Netflix-BANFF Media Festival and MIDPOINT Institute’s pitch programs. She published a book on the process and perils of screenwriting, “Adventures in Screenwriting: How One Writer Navigates the Dire Straits”. 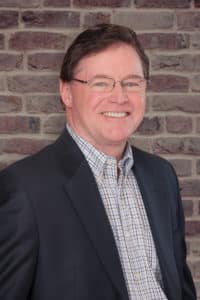 Tom brings more than 30 years of entertainment and technology marketing expertise to BendFilm. Most recently he served as Vice President of Marketing for Fathom Events, the world’s leading distributor of event cinema. He previously held multiple senior executive roles with Technicolor, a leading services provider to major motion picture studios. As Global Project Director for Technicolor 3D, he led the effort to develop and launch a low-cost alternative for 3D movie projection. As VP of Worldwide Marketing and Communications, he created an integrated marketing and communications programs and helped grow revenue from $2.6B to $3.5B. At the start of his career, Tom was part of the team that developed and launched DIRECTV and was responsible for branding, national advertising, retail and channel marketing. He is an avid golfer, skier and hiker and enjoys horseback riding around Central Oregon. 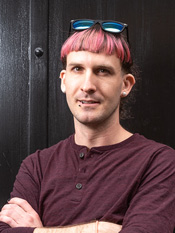 Todd Leiser has been the general manager at Tin Pan Theater since 2018. A native of northern California with family roots in Oregon, Todd devoted his academic career to studying movies rather than preparing for a real job. He first attended Willamette University before giving film school a shot in southern California at Cal State LA where he received an MFA in film production. While in Los Angeles, Todd joined the faculty at Cal State LA as an adjunct professor teaching film history and other related courses for two years. He has been living in Bend since 2017 and can be seen performing on stage as his drag persona Foxy LaHound with local troupes The Cult of Tuck and Bend Burlesque Co. 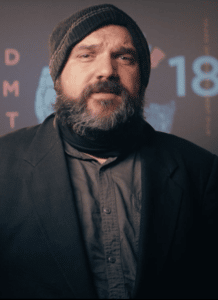 Jared Rasic thinks about movies more than anything else. The first one he can remember watching is Robocop, which really explains everything one would ever really need to know about him. He’s been writing about them professionally and semi-professionally for fifteen years. Just so you know his bonafides: His favorite movie is Eternal Sunshine of the Spotless Mind and he thinks the world would be better if everyone watched more horror movies. 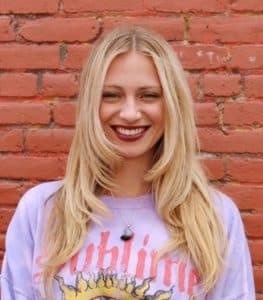 Doone Lupine Williams is a recent graduate from Portland State University with Bachelors of Art in Film Studies. Experimenting with cinematography at an early age, Doone now specializes in sound design and shooting on film. With a background in fine art, she began her studies at the San Francisco Art Institute — exploring more of an artistic/experimental approach to filmmaking. After studying at SFAI & her studies abroad in Italy, Doone fell in love with film history and film theory/critique. She hopes to get her masters and PHD in experimental film theory & pursue a career of teaching the magic of cinema. 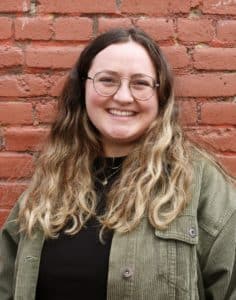 Hanna Mason began with BendFilm as an intern in 2020, and came back in 2021 to continue to work for BendFilm. She recently received her BA with honors in Cinema Studies and History from the University of Oregon in 2021. Hanna is originally from Denver Colorado where she interned with the Denver Film Festival and attended the City Lights Student Program with the Telluride Film Festival. Hanna also interned with the Boston Jewish Film Festival in 2021. In her spare time, Hanna is constantly watching TV, movies, and spending time with loved ones. 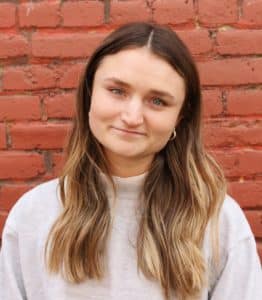 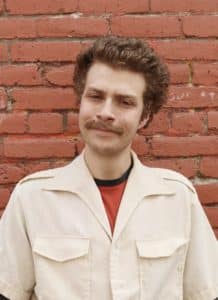 Max is a Bend native and lifelong member of the artists community, working in both stage and screen. He has been a part of BendFilm since he entered in the Future Filmmaker category of the first BendFilm festival back in 2004. Max has worked as a director, actor, technician and just about every other discipline in film, as well as hosting and engineering a local radio show for over 8 years. 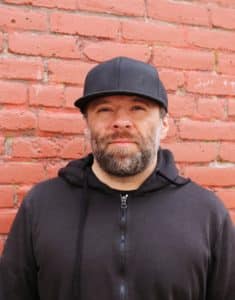 While Robert started at Tin Pan Theater in late 2021, he has attended screenings since it first opened in the early fall of 2012. Despite limited childhood experiences with the art of cinema, in college his newfound fascination with cinematic language as an empathetic tool for storytelling would mature with each new, old, masterful and terrible movie he watched. His Fine Arts degree ultimately fueled his passion for personal storytelling through other creative outlets including illustration, poetry, music and short film. Robert greatly anticipates appreciating the endless inspiration found throughout Tin Pan Theater’s programming line up to further embolden his own creative pursuits moving forward.

BendFilm Board of Directors: 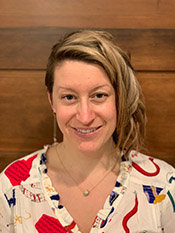 Kate Kamaya joined the BendFilm Board of Directors in the Fall of 2019. She has a long love for film and filmmaking, spending time as a teen writing, creating and filming shorts with her friends as well as working at an art house movie theater in Chicago. Kate finds great passion and value in the art of story-telling; it’s impact on us individually and as a community. She has a Masters degree in Marriage and Family Therapy with a specialty in trauma, family violence and abuse. She provides pro bono services for various non-profits in the Bend community, as well as expert witness testimony for Legal Aid and Deschutes County. When not spending time with her husband and children, Kate enjoys playing banjo, skiing, biking, alpine mountaineering and, of course, watching films. 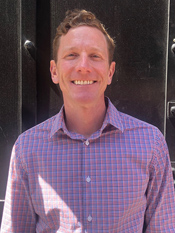 A native of San Jose, California, CJ loves the sun, the outdoors and the Bend lifestyle. CJ is no stranger to hard work in and out of the office. He has worked on a hand crew as a wildland firefighter for the Forest Service and for Boise Cascade Corporation. This experience led him to discover finance and the opportunity to help clients with building their ideal future. With the founding of Miller Ferrari, CJ found his niche.  CJ’s experience and background resonate with working professionals, such as healthcare providers and small business owners. His understanding of business retirement plans and benefits helps clients maximize their benefit offerings (as employee and employer) as it pertains to their individual situation. 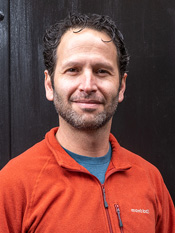 Lawrence Fisher, a native of South Africa, and his wife Melanie moved to Central Oregon in 2005 to pursue all of the incredible opportunities for outdoor adventures including snowboarding, camping, boating and mountain biking. Lawrence started Home System Solutions, a home theater and home automation company, in January 2006. Lawrence has always had amazing attention to detail when it comes to electronics and how components work together. This skill is valuable when designing systems and working with clients to ensure their vision comes to life. Lawrence joined the Bend Film Board of Directors in the summer of 2018. He has a deep love of independent film, community support and creating movie theaters. Lawrence is also an active supporter and corporate sponsor of several local nonprofits including the Central Oregon Trail Alliance and Family Access Network. 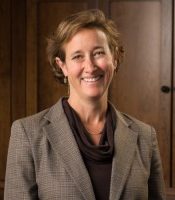 Alison is a mother, lawyer, mediator and arts lover who made Bend her home after completing graduate school in 2001. She has served on various professional and cultural boards throughout her time in Oregon and enjoys being involved in her community. Alison enjoys working with BendFilm for a number of reasons, but especially likes being involved in an organization that promotes the power of film to deliver various perspectives. Alison loves traveling, hiking, eating and relaxing with her family of four. 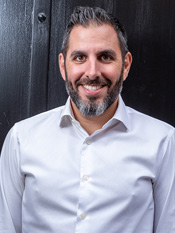 Giancarlo Gatto joined the BendFilm board in January 2015 after volunteering as a venue manager for the 2014 festival. He has worked in the mortgage industry for almost 15 years in a multitude of positions. He currently originates residential and construction mortgage loans in Central Oregon for First Interstate Bank. He studied Mass Media Communications at LaSalle University in Philadelphia where he built on his already existing passion for film, art, music, and technology. He moved to Bend from the Philadelphia area in 2011 with his wife and three children. Giancarlo is grateful to be able to bring his financial mind and artistic heart to BendFilm as a board member 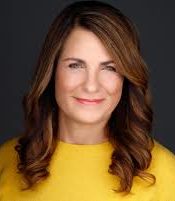 Patricia Julber has been in the design industry for 30 years and currently owns Compliments Home Interiors. She enjoys the hands on process of design with her mostly residential clients. The design process starts before the building process does. She likes to go over the plans carefully prior to a single scoop of dirt being moved. She prefers to look over and make sure all aspects of each client’s lifestyle and needs are addressed. Her access to resources from around the globe has helped each client to have the most beautiful homes possible. Patricia has a passion for film, art and community service and joined the BendFilm Board in 2019. 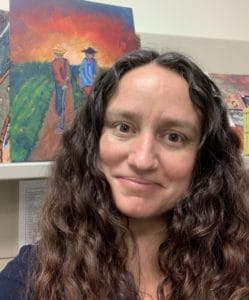 Christy Walker is the Director of Diversity and Inclusion at Central Oregon Community College. She facilitates various trainings on equity, diversity, and inclusion for COCC and the Central Oregon community. Christy joined the BendFilm Board because she believes that one way we can bridge cultural gaps is through film and entertainment. Film takes us places we have never been, lets us meet people we have never known, and allows us to connect and learn with and about each other. In her free time she loves to spend time with her family, hike, and dance. 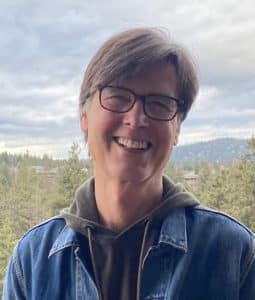 Michael Conforti joined the BendFilm Board in January of 2022. Why? Because he sees the unique value of this institution: for those who make films, for the audiences, and for the town as a whole. Because it is our stories – our wildly diverse stories – that bring us together and give us common cause. Because of the passion and dedication of everyone involved at BendFilm. Michael intends to bring the same passion and dedication to help realize the vision of the festival as it grows in a rapidly changing world. To make it a destination for storytellers, dreamers and provocateurs; a place where audiences will continue to be enlightened, challenged and entertained. Background, in brief: B.A. in Theatre. Graduate of the AmericanAcademy of Dramatic Arts, NYC. Professional actor turned writer. The right kind of crazy to write for serial dramas that air 5 days a week, every week. And has, for 35 years and counting. 6 Daytime Emmys. 3 incredible children. A wife whom he adores. 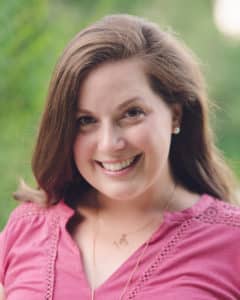 Terri Shepherd joined the BendFilm Board in August 2022. Originally from the midwest, Terri and her family moved to Bend in 2016. Professionally, Terri has over 15 years experience in customer relationship management and business development at high tech companies like Dell, Amazon, and Workday. Personally, Terri is passionate about public service and fostering community engagement. She previously was elected as a County Commissioner in Salt Lake County and currently serves as a Commissioner on the Bend Landmark Commission. Terri loves gardening, art, hiking, and any excuse to host a dinner party.