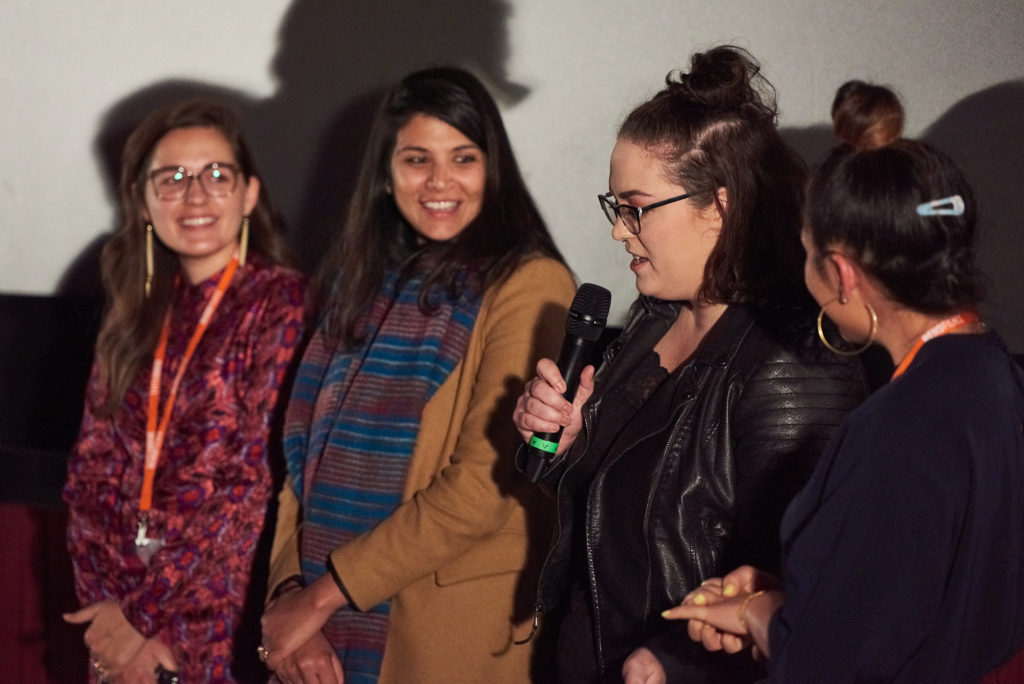 On-screen representation affects cultural understanding of BIPOC, women, and LGBTQ+ characters. Barriers need to be broken down until equal representation is achieved on-screen and behind the camera.

BendFilm’s Grant will support a BIPOC women artist with $10,000 toward making their short or feature film. The grant supports storytellers who are working to tell creative and complex  stories told from a point of view that is unique and authentic.

Filmmakers who have been underrepresented are less likely to have the funding support to produce their first films to jumpstart their careers. This grant breaks down the economic barrier to democratize the art form which in turn will:

Stay tuned for our 2022 grant winner!

“When I wrote my first short film ‘Julia’, the idea of fully producing the film seemed impossible. Receiving the “Tell Your Story” grant through Oregon Made Creative Foundation is what enabled Julia to launch into pre-production, and finally allowed me to tell my mother’s story of hardship growing up in a South Korean orphanage. After filming, I received Bend Film Festival’s BIPOC Women Film Production Grant, which provided the funding we needed to finish up post- production. Making this film would not have been possible without these grants. I’m so thankful for the support I’ve been given to amplify underrepresented voices, and think it is crucial to uplift other filmmakers to do the same through film grants.” Emma Duvall, JULIA Director, Recipient of 2021 BIPOC Woman Grant.

HOW IT WILL WORK

Preferred candidates will produce their film in Oregon, but that is not a mandatory requirement.

BendFilm programmers and independent reviewers will assess each application to narrow down the finalists.

Five (5) to ten (10) final candidates will virtually pitch their projects live to a panel of industry professionals (to be announced soon) during the 19th Annual BendFilm Festival between October 6-9th in-person and 10th-23rd virtually , 2022.

The panel will decide the winner of the $10,000 production grant and may provide mentorship during the filmmaking process at panelists discretion and interest.

Are there any limitations on how grant funds can be spent?
Yes. The film must be directed by a woman who is a person of color. Preferred applicants will reside in Oregon and plan to shoot their film in Oregon.

How will applications be evaluated?
A team made up of BendFilm staff, Board Members and two (2) local filmmakers will evaluate initial applications for artistic merit and ensure all minimum requirements are met. Due to the volume of applications we are not able to provide specific feedback on projects that are not selected.

This grant is made available by the Braemar Charitable Trust, the Roundhouse Foundations, the Starview Foundation and Infocus Eye Care.

Congratulations to Miranda Mlilo, first-time director and recipient of the BIPOC filmmaker grant from BendFilm. Miranda and her cousins Chloe and Paula pitched their project to panelists Yoshi James and Suzi Yonessi and showed incredible vision and passion for her film.

Stay tuned for more information on her project that is set to begin filming next summer and will explore key themes: generational loss of identity and culture, the question of identity and the complexities of diaspora.

Watch their pitch to the panelists and see all incredible projects in full here.

Thank you to all our filmmakers, panelists and funders who participated and the sponsors who helped make it possible!

This fund was made possible by New Sun Energy, the Starview Foundation and In Focus EyeCare. 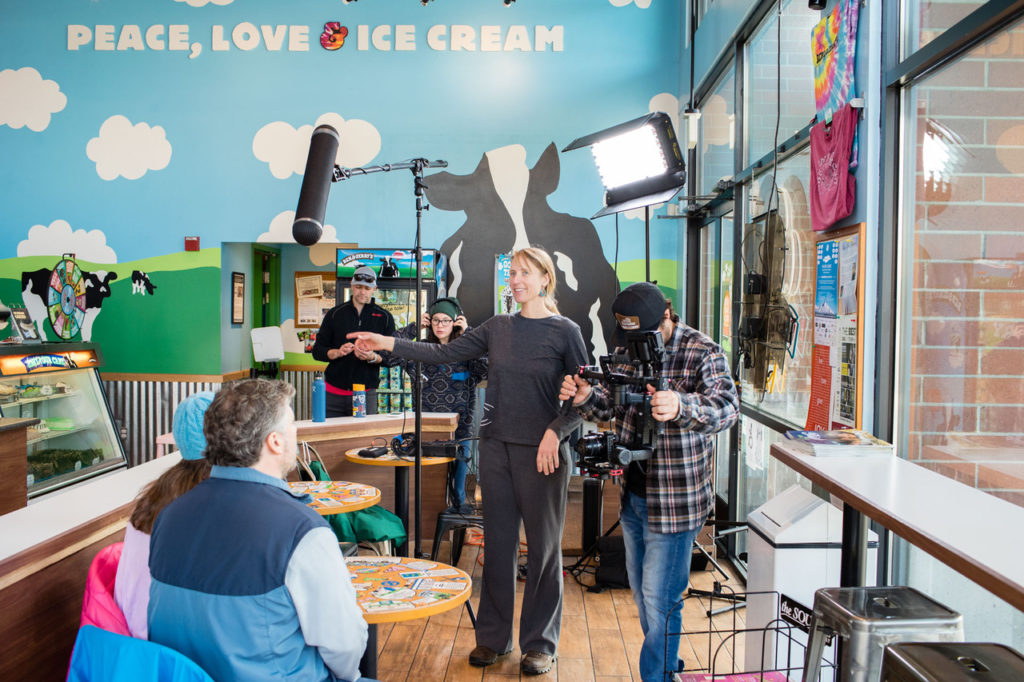 “Heaven” by Michelle Alvarado was created with funds from the BendFilm Underrepresented Voices Grant.

A fishy satire, Heaven, dares to ask “Why do we believe in an afterlife?” This short film draws a parallel with human emotions and aspirations to a fish, as a way to comment on humankind’s determination to believe in something existing beyond this life, rather than a more rational or empirical hunch that it is true. Told with Rupert Brooke’s poem Heaven, composed in 1913, we see through the eyes of a fish, implying something suspect about our own ‘fishy’ beliefs about the afterlife.

From Michelle: “I have to say the grant has been beneficial beyond this short film.  It helped me exercise that creative part of my mind that asks ‘what stories are important to tell’  and to think outside the box a bit more. The exercise worked, I have formulated a couple other independent documentary series that I am starting to research now and very excited about.”