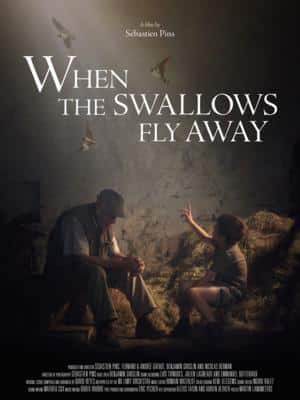 In a small rural village, a young boy befriends Fernand and Andrée, a farmer couple who, at 80 years old, find themselves struggling to feed their remaining livestock.Director's Bio:Sébastien Pins is a 30-year-old Belgian director. Through the power of sound and images in his films, Sébastien wants to move his audience to become activists in the preservation of nature and biodiversity.

Based on a true story, two computer-illiterate parents decide to design a protest banner when the police refuse to investigate their daughter’s alleged suicide. Based on the infamous Miryang case in South Korea which shocked the nation in 2004 and continues to fuel public outrage even today.Director's Bio:Jayil is a director of commercials, music videos, and shorts in the US and South Korea whose works have screened in 100+ film festivals and garnered 50+ awards around the world. His latest film Georgia (2020) was nominated for a Korean Oscar, has been featured in The New Yorker’s Screening Room Video Series and ranked 6th on Screen Rant’s 10 Best Short Films Ever Made on Letterboxd. Jayil is currently filming a Disney Plus series with a Korean production company set to premiere in Spring 2023.