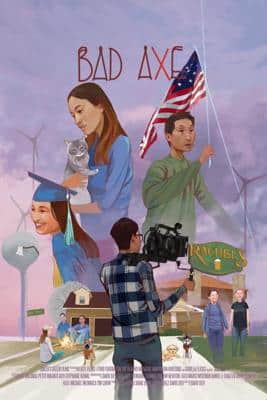 A real-time portrait of 2020 unfolds as an Asian-American family in Trump’s rural America fights to keep their restaurant and American dream alive in the face of a pandemic, Neo-Nazis, and generational scars from the Cambodian Killing Fields.Director's Bio:After graduating from the University of Michigan, David left his small Midwest town of Bad Axe, Michigan for Los Angeles. As a jack-of-all-trades filmmaker who first made waves in the Asian-American festival circuit with the debut of his award-winning short film, Year Zero. His first feature film, Bad Axe, is currently on the festival circuit and has won a number of awards including the SXSW Audience Award, SXSW Special Jury Award, Mountainfilm Grand Jury Award, among many others. David currently lives in New York where he is now focused on writing and directing his own projects."This film is a tour-de-force about living the American dream, as well as staying true to who you are and standing up against bigotry and prejudice. I loved the family and how truthful and authentic their story is. It does a great job of feeling universal, while also being as personal as it gets."– BendFilm Team