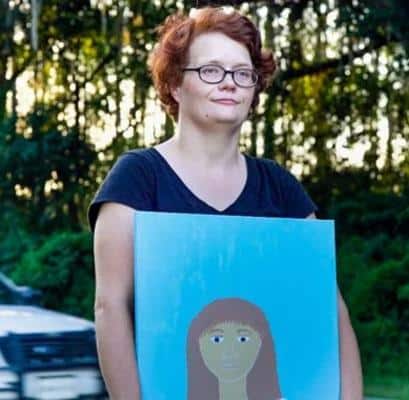 Michelle, a deaf person with autism, survived incarceration in a system that refused to accommodate her needs. Her trajectory changes when she meets Kim Law, a blind volunteer life coach. Today, outside of prison, Kim and Michelle are unraveling Michelle’s history and telling the story of Michelle’s traumatic childhood and her adverse experiences in the criminal justice system. Michelle finds her voice and strength, and her artwork serves as her own depiction of the trauma she survived as well as a means to her recoveryAbout the Director:Atin Mehra was born and raised in Varanasi, India and currently resides in Los Angeles. His own personal struggles with abuse and discrimination in India drew him to stories of marginalized individuals and communities. Atin lived and worked in India until 2005, when he moved to the United States with his wife, Mae Thornton Mehra. In 2007 he started his own production company, Orange Kite Productions. Being Michelle is Atin’s directorial debut."A heartbreaking story of injustice and a broken system that fails the people who most need it. Michelle appears to be a ray of light amid all the darkness that surrounds her. What Michelle had to endure is astounding, and her resilience inspiring." –BendFilm Team