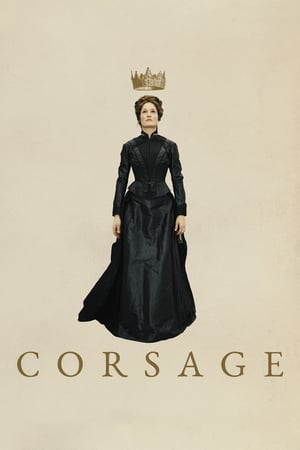 Empress Elisabeth ofAustria(Vicky Krieps)is idolized for her beauty and renowned for inspiringfashiontrends. But in 1877, ‘Sisi’ celebratesher 40th birthday and must fight to maintain herpublicimage by lacing her corset tighter and tighter. While Elisabeth’s role has been reduced against her wishes to purely performative, her hunger for knowledge and zest for life makes her more and more restless in Vienna. She travels to England and Bavaria, visiting former lovers and old friends, seeking theexcitement and purpose of her youth. With a future of strictly ceremonial duties laid out infront of her, Elisabeth rebels against the hyperbolized image of herself and comes up with aplan to protect her legacy. Director's Bio:Marie Kreutzer, born in Graz, is one of Austria's most important and established filmmakers.After graduating from the AHS Modellschule, an alternative school with an artistic focus, she began her studies at the FilmAcademy Vienna in the field of screenwriting and dramaturgy with Walter Wippersberg and graduated with distinction. Afterwards, she worked as a script supervisor and in continuity in cinema and TV productions and made a variety of award winning short feature films, which were shown at numerous festivals. Her first feature film, The Fatherless (Die Vaterlosen) (2011), has been shown and awarded atnumerous festivals, including the Berlinale Panorama Special 2011. In addition, the film wasnominated for the Thomas Pluch Screenplay Award and the Austrian Film Award. This wasfollowed by the feature films Gruber Is Leaving (Gruber Geht) (2015), We Used To Be Cool(Was Hat Uns Bloß So Ruiniert) (2016) and the TV film Die Notlüge (2017), which were alsoshown andawarded at festivals."An understated and gorgeous character study that gets under your skin. Nothing like other period films I've ever seen with its brazen modernity, offbeat structure, contemporary music and cool yet blistering tone."– BendFilm Team