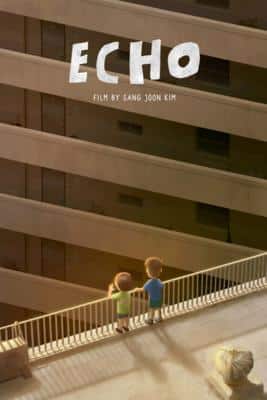 Two brothers living in an apartment in Korea in the ’90s are disrupted every morning at dawn by a stranger’s yelling. After hearing a rumor that he’s a cannibal, they start their own investigation to find the man’s motives.Director's Bio:Sang Joon Kim is a South Korea born, New York based visual effect artist/filmmaker. He worked at major visual effect studios like Framestore and was experienced in commercial films as a visual effect artist. From his work experience, as a technical director, he aspires to make stories from his own ideas. He just finished third short animated film, Echo, which is based on his own childhood memories.