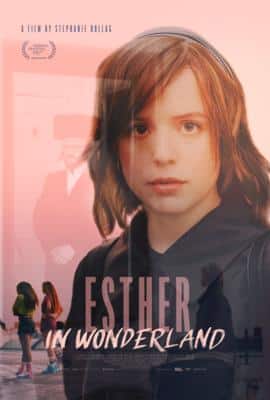 Once her devout Hasidic husband has left for the day, Esther sneaks off to join a female breakdance crew rehearsing on a secret rooftop in New York’s racially charged neighborhood of Crown Heights. Led by the charismatic Dream, Esther is mesmerized by the troupe, but she is more viscerally drawn to the moves of an uninvited dancer.Director's Bio:Stephanie Bollag is an award-winning director and writer from Zurich, Switzerland based in New York City. Her short films and scripts have screened and won a number of Jury and Best Short awards at festivals worldwide. Her most recent short film Esther In Wonderland premiered at the 2021 Tribeca Film Festival. Stephanie holds a master's degree in directing and writing from New York University Tisch School of the Arts. She previously wrote, directed, and produced films across Europe and Israel.