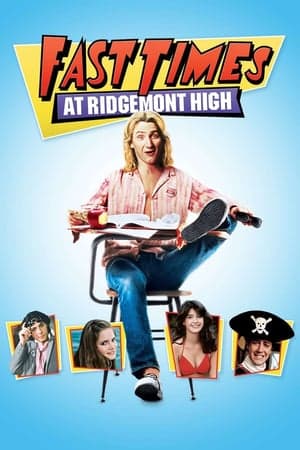 Fast Times at Ridgemont High | in the Alley!

Based on the real-life adventures chronicled by Cameron Crowe, Fast Times follows a group of high school students growing up in Southern California. Stacy Hamilton and Mark Ratner are looking for a love interest, and are helped along by their older classmates, Linda Barrett and Mike Damone, respectively. At the center of the film is Jeff Spicoli, a perpetually stoned surfer who faces-off with the resolute Mr. Hand—a man convinced that everyone is on dope.This outdoor screening is co-sponsered by Oregrown! Members of the Oregrown team will be in attendance with a merch booth to raffle off swag to those in attendance.After the film, representatives from&nbsp;Planned Parenthood Columbia Willamette and Central Oregon Abortion Collective&nbsp;will speak and answer questions about education, services, and programs available in our local community. Show profits will be donated to Planned Parenthood.Be sure to catch the next film in our series of abortion on screen with the romantic comedy Obvious Child (2014) on Tuesday September 20th at 7:30pm. Get tickets HERE.