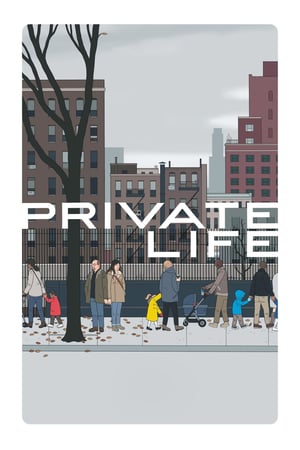 Richard and Rachel, a couple in the throes of infertility, try to maintain their marriage as they descend deeper and deeper into the weird world of assisted reproduction and domestic adoption. When their doctor suggests third party reproduction, they bristle. But when Sadie, a recent college drop out, re-enters their life, they reconsider.Director's Bio:Tamara Jenkins is the writer and director of the films PRIVATE LIFE, THE SAVAGES and SLUMS OF BEVERLY HILLS as well as several award winning shorts. Her films have screened at the New York Film Festival, the Telluride Film Festival, Cannes and Sundance. Among the honors she has received are an Academy Award nomination, an Independent Spirit Award, a Los Angeles Film Critics prize and a Guggenheim Fellowship. Ms Jenkins attended NYU’s Tisch School of the Arts where she received her MFA and met her husband, the screenwriter, Jim Taylor, with whom she occasionally writes. Jenkins lives in NYC with Jim and their daughter, Mia.

Indie Woman of the Year