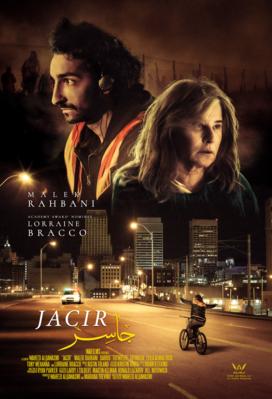 Jacir, a resettled Syrian refugee, is in search of a new life in a rough Memphis neighborhood. He is faced with a challenging new environment and a host of interesting individuals, including Morty, his next-door neighbor’s cat, Meryl, a racist and opiod addicted shut-in, and Jerome, a Memphis rapper. Jacir tries to win the affection of a new love interest, Nadia, while dealing with her overzealous father, and he must navigate being under suspicion from ICE.Director's Bio:Waheed is an Emmy Award-winning director and producer. He has created content for a long list of notable clients including GoDaddy, Cheerios, Reba McEntire, and Zappos through his company, WAFilms. During his tenure with FOX Television, Waheed served as Creative Director, where he undertook launching promotional campaigns for TV shows such as The Following and New Girl. Born in Amman, Jordan, Waheed immigrated to the USA at the age of 13. Jacir marks his feature film debut."Jacir is a hero bursting with charm. It's hard to find a story shedding light on immigration woes and racial prejudices from an unusually heartwarming and light-hearted perspective. An immersive, entirely relatable look at the immigrant experience in America." – BendFilm Team