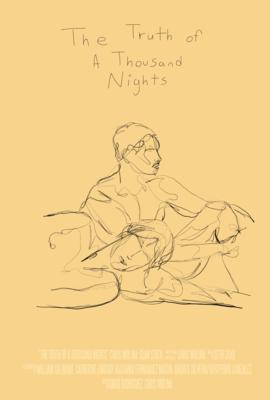 Reeling from a break-up, Ian decides to find solace in hook-up culture. After an explosive hook-up with Sage, the two spend the rest of the night discussing why and how their dating patterns led them to this very moment, and where it could lead them after.&nbsp;Director's Bio:Chris Molina (he/him) is a Miami-based filmmaker whose work focuses on queer stories. He leans heavily on his own personal experiences. In 2022, Molina was named Miami New Times Best Film Director, where it was reported he was “ becoming a marquee name in South Florida's film scene.” Chris has worked closely with multiple Miami-based film festivals and screening programs as a manager, programmer, juror, and volunteer coordinator.&nbsp;

Anna, Francesco, and the eight years old Giorgio can't afford a fancy holiday. Social pressure makes them fake a Bahamas vacation through photoshopped posts on social media. The deluge of likes/comments fuel an all-consuming dopamine rush. Director's Bio: Vanja Victor Kabir Tognola was born in 1994 in Mendrisio, Switzerland. In 1998, after being exposed to high doses of film and TV, he fell in love with the cinematic language. In 2016 he decided to study Film to improve his fluency, getting in 2021 the Bachelor of Arts in Film at the Zurich University of Arts.

My Year of Dicks is a hilarious and provocative work of animation thirty years in the making. Icelandic director Sara Gunnarsdóttir is known for her honest, emotional artwork, and creator/writer Pamela Ribon has been telling unusual stories with unusual heroes for a long time. This is an adaptation of her mortifying memoir, which NPR called “brain-breakingly funny.” This teenage heart-stomp manages to put you right back into some of young love’s most relatable, uncomfortable moments with humanity, humor, and heart.Director's Bio:Sara Gunnarsdóttir is a director and artist who has created animation, music videos, and original artwork for film and television, including Marielle Heller’s “The Diary of a Teenage Girl,” and HBO’s Emmy-nominated “The Case Against Adnan Sayed.” Born and raised in Reykjavik, Iceland, Sara received her BFA from the Icelandic Academy of the Arts. Her short, “The Pirate of Love,” was nominated for “Best Alternative” in The Academy’s Student Academy Awards.

An offbeat dark comedy that follows the life of the reclusive, heartbroken and karaoke-loving Ben. When he receives an unsolicited package from a mysterious delivery man, his stale dreary life is turned upside down, taking him on a wild ride that brings a new love into his life.Director's Bio:Greg Fox is an award winning filmmaker who’s films have played at various film festivals across North America including, Hollyshorts Film Festival, Sidewalk Film Festival, Toronto Jewish Film Festival, Dam Short Film Festival, and many more. His previous films include, “I Love You, Hannah,” “Wife Me,” and “Bogo the Clown.”

A woman on a hike discovers a body at the basin of a waterfall. Nearby, she finds a camera on a tripod. After the police arrive, she returns home, only to have forgotten to hand over the camera. Director's Bio:Jeff Kardesch is a filmmaker based in New York City and Austin, Texas. Born in St. Louis, Missouri and a graduate of the University of Texas at Austin’s Radio-Television-Film program, Jeff would consider himself a child of the internet, his biggest influence. His films have been featured domestically and internationally. You can find him loitering at any decently priced Jewish deli.&nbsp;