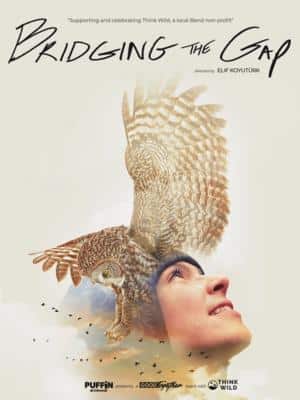 The film highlights the people behind Think Wild’s mission to protect and care for native wildlife in Central Oregon. Central Oregon’s Wildlife Hospital and Conservation Center, Think Wild, on a new documentary short film, “Bridging the Gap.”Director's Bio:Originally from Turkey, Elif leverages film, painting, and photography to capture the aesthetics of invisible feelings that inspire introspection. Motivated to capture fading cultures and Indigenous practices, she travels the globe in search of the raw, authentic humanity a population has to offer.

Blend was birthed from frustrations director Kenny Adams had while seeing news editorials, tv interviews and features involving the Black community that sanitizes the Black experience. 10 Black Central Oregon residents sat down to share their raw, unfiltered and uncensored lived experiences that have happened in the place they call home. They provided a candid and shocking, yet unsurprising glimpse into the every day experience of being Black in Bend Oregon.Director's Bio:Kenny Adams grew up in North Florida and moved from Georgia where he and his wife ran a web and graphic design firm. They then moved to Central Oregon in 2013. At age 4 he had his first experience in a movie theater and from that moment, a love for film and filmmaking was born. From producing podcasts, webcasts, and short form documentaries, Kenny's approach to film is based on identifying and telling moving stories. Kenny has dedicated his vision to telling stories through a Afrocentric Lens.

A video project that celebrates both the diversity of our community and those who are working to make our community more equitable and inclusive. This project will recognize the amazing work being done in Central Oregon by our BIPOC, LGBTQIA2S+, and disability communities and to encourage our neighbors to lean in, to learn more, and to connect with one another.Director's Bio:Felipe Santacruz is a Mexican American filmmaker based in Central Oregon. He is currently freelancing in TV, Film, and Web for local and national clients, providing his talents behind and in front of the camera.