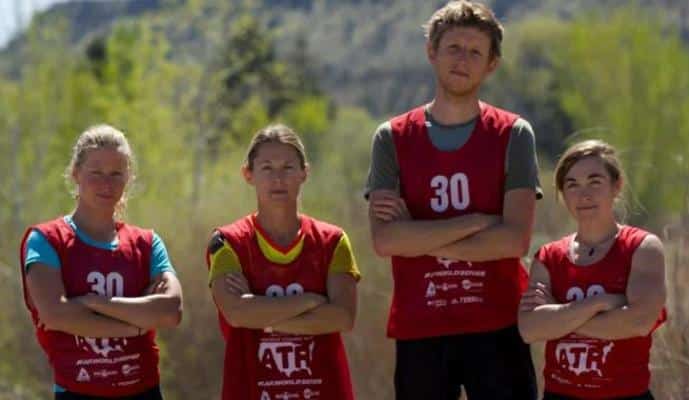 PASANG: IN THE SHADOW OF EVEREST w/ Mandatory Gear

In the male-dominated sport of adventure racing, co-ed teams of four race unsupported through rugged, wild terrain. To compete, each team must have at least one woman. Due to this rule, women are often referred to as “mandatory gear." In Expedition Oregon, three women and one man flip that script, competing as a reverse co-ed team. Over the course of five days, they challenge stereotypes and themselves as they race through Central Oregon’s wilderness.Director's Bio:Emily Hopcian is an award-winning storyteller and content producer with a focus on character-driven stories of outdoor adventure and social and environmental impact. Throughout the past 10 years, Emily has written, edited, directed and produced stories for National Geographic Adventure, REI, Osprey, Sidetracked Magazine, RANGE Magazine, One World Play Project and more.

The story of Pasang Lhamu Sherpa, the Indigenous trailblazer who battled racism, gender discrimination, and political opposition in her quest to become the first Nepali woman to summit Mount Everest. Her courageous, tragic journey would greatly move her country, inspiring new generations to reach for their rights.Director's Bio:Nancy Anne Svendsen grew up in small towns in Iowa. Nancy earned a BA in English, Spanish, and American Studies from St. Olaf College in Northfield, Minnesota and a MBA from the University of Minnesota. Nancy has returned to her storytelling roots as an independent filmmaker based in Northern California, combining her business acumen and experience running large organizations with her passion for women’s rights, the creative arts, and storytelling."For Pasang Everest was not just a summit but represented a primal desire to prove herself as a Nepalese woman who climbs in the face of foreign and male domination of the sport and the mountain. One of the BEST Everest films ever – and I've seen a kajillion." – BendFilm TeamThis film is sponsored by Best Best and Krieger LLP