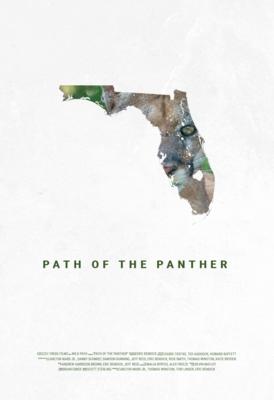 PATH OF THE PANTHER w/ Of Wood

Drawn in by the haunting specter of the Florida panther, photographer Carlton Ward finds himself on the front lines of a struggle to save the Everglades from the brink of ecological collapse. The panther is an emblem of our once connected world, a vision of what could be again—or a harbinger of what could befall our planet, if the panther’s path becomes a dead end.Director's Bio:Eric is an EMMY-winning director, producer, and writer whose work explores connectivity, conflict, and human ingenuity at the intersection of man-made and wild spaces. He’s led filming expeditions to the heart of many of the last untamed landscapes on Earth. His productions for National Geographic, PBS, Smithsonian, and others have garnered numerous awards and accolades from major film festivals around the world. Eric is a graduate of Brown University and a current grantee of the Redford Center."A worthy subject matter that's relevant beyond Florida, showcasing how a photographer's efforts can play a role in policymaking for conservation. I love the idea of wildlife corridors, and Oregon can use the same logic for its own wildlife populations threatened by urbanization. Plus, it's always great to hang out with panthers!" – BendFilm TeamFilm sponsored by NewSun Energy

"Of Wood" is a unique experimental stop motion film created by progressively carving images in a large round of wood, enhanced with wooden objects coming out of the wood. It examines the role of wood in daily life through the ages and comments on the impact of consumerism on our lives.Director's Bio:"Of Wood" is Owen Klatte's first independent animation project since college, fulfilling a decades-old dream. He worked professionally as a Character Animator/Director in feature films, commercials, and television. His feature credits include "The Nightmare Before Christmas", "Harry Potter and the Deathly Hallows: Part 1", "Anomalisa", Disney's "Dinosaur", "Charlotte's Web", and "James and the Giant Peach". He is currently teaching stop motion animation at the University of Wisconsin – Milwaukee.