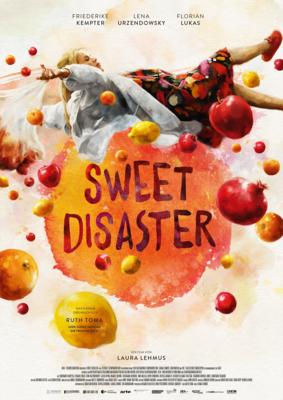 Frida, a 40-year-old German-Finnish painting therapist, gets unexpectedly pregnant and Felix, the father of her child, breaks up with her to reunite with his ex. Frida cannot accept Felix’s decision. Despite some serious health problems due to her pregnancy, Frida insists on winning him back, using absurd, and, sometimes, excessive methods.&nbsp;Director's Bio:Laura Lehmus was born in Finland in 1972. She studied fine arts at F+F School in Zurich &amp; audiovisual media at the Academy of Media Arts in Cologne. After a long stopover in Berlin and Helsinki, in 2019 Laura finally settled in Düsseldorf where she works as director, on-air producer and art director for film and TV. Her short film Alienation won dozens of awards, including the German Short Film Award (2015), and the film became one of the three most successful German short films in 2016. Sweet Disaster is Laura’s feature film debut.“This film makes human folly endearing, flaws acceptable, successes victorious. It's like Happy Go Lucky, Amelie and Toni Erdmann wonderfully blended together. A delightful gem of a movie—truly uplifting, funny and joyous.” — BendFilm Team