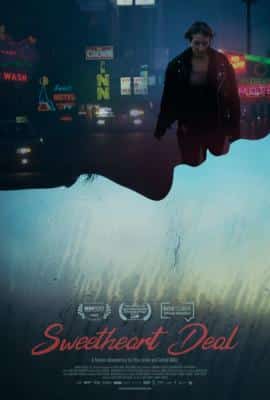 Four sex workers caught in the spiral of addiction turn to a self-proclaimed healer offering friendship and a path to salvation from the streets inside his roadside RV. But just as they begin to rebuild their lives, a shocking betrayal comes to light that will change them all.Directors' Bio:Elisa Levine is a Seattle filmmaker making her directing debut, the culmination of a longtime desire to use verite filmmaking to illuminate subcultures hidden in plain sight. Elisa is a Film Independent, Garrett Scott and Sundance Documentary Film Program Fellow. Gabriel Miller (1972 – 2019) was an award-winning cinematographer whose credits include the Oscar-nominated King’s Point and HBO’s A Dangerous Son. Productions he worked on have been broadcast on the BBC, Sundance Channel and PBS."This doc provides remarkable access to the lives of characters we so rarely get a glimpse of and offers incredible insight into addiction and a life on the streets. I felt very much in tune with these eloquent women and their pain. The film takes twists and turns that you can't look away from. Very compelling." – BendFilm Team