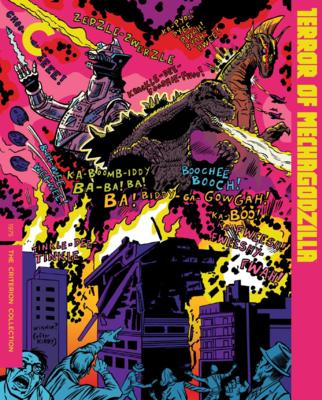 In Godzilla’s last gasp of the Showa era, aliens retrieve Mechagodzilla’s remains and rebuild it with the aid of an unhinged biologist (a scenery-chewing Akihiko Hirata), in hopes of defeating Godzilla for possession of planet Earth. This film marked the return of director Ishiro Honda, who had retired years earlier, disheartened by the increasingly kid-friendly approach of the series. For this final entry, Honda steers the King of the Monsters back into grim territory, interweaving an alien-invasion plot with a tale of tragic romance. -Criterion