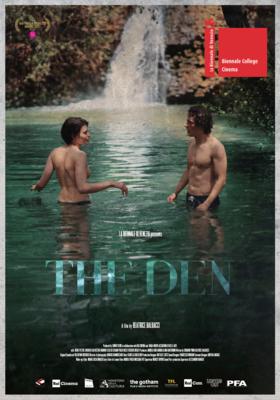 Giulio has just turned 18 and lives in the country with his parents. He develops an interest in 20-year-old Lia, who moves into the long abandoned house next door. Bold and mysterious, Lia leads Giulio into strange and increasingly dangerous games. Deeply attracted to Lia, Giulio yearns to uncover the secret she is keeping behind her closed doors.Director's Bio:Beatrice Baldacci studied cinema in Rome. While studying directing and photography with Daniele Ciprì and Claudio Cupellini, she made the fiction short film Corvus Corax, which participated in numerous festivals. Her short Supereroi senza Superpoteri had its world premiere at the 76th Venice International Film Festival 2019. Her first feature film La Tana (The Den), produced by Lumen Films, premiered at the 78th Venice International Film Festival."A thoughtful look at universal themes of loss and young love handled in a way that’s intriguing, tense, and enveloping. Beautiful cinematography, and a sophisticated filmmaker to watch for."– BendFilm Team&nbsp;