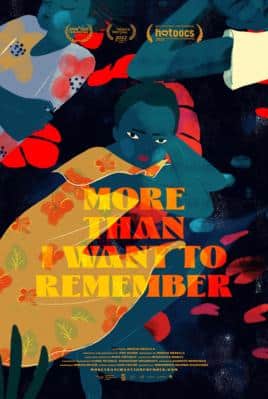 THE GAME w/ More Than I Want to Remember

Mugeni’s story starts in a small village in southeastern Congo called Murambya, a Banyamulenge farming community where neighbors provided for one another. One night, when she was just fourteen, Mugeni and her family awake to the sounds of bombs—they are under attack by a militia, known as the Mai Mai, who sought their land and cattle and claimed that the Banyamulenge tribe did not belong in southeastern Congo.Director's Bio:Amy Bench is a filmmaker and visual artist who is drawn to the immediacy of film and photography to tell stories of community and resilience. Trained as a cinematographer, her observational style highlights small details of the human experience that transcend formal explanation. Amy’s animated documentary A Line Birds Cannot See won Best Animated Short at Bend (2019), and is now available on The New Yorker.