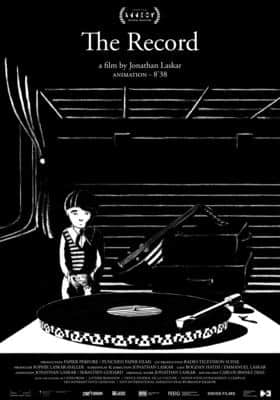 An antique music instrument dealer receives a magical vinyl record from a traveller, the record "reads your mind and plays your lost memories”. Obsessed by this endless record, the antique dealer listens to it again and again and the memories reemerge until one last and most painful memory is revealed: how he got separated from his mother on the Swiss border during World War II.Director's Bio:Jonathan Laskar studied fine arts (Aix-Marseille, France) and architecture (Bauhaus-Weimar, Germany). After working as an architect in Switzerland, he studied animation, where he graduated with the film From Earth and Ink (2013). Since 2013, he works in Geneva with i.a. Georges Schwizgebel and Claude Luyet. This year he releases his directorial debut short film The Record.