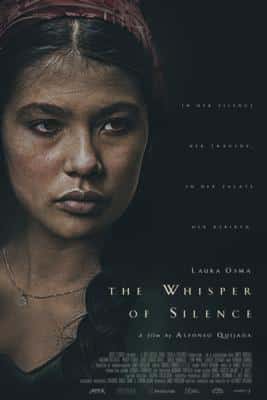 El Suspiro del SilencioA bruised and bloodied&nbsp;Josefina Moreno&nbsp;embarks on a long, treacherous walk to her godmother’s house&nbsp;(Doña Maria). Her exhausted younger brother (Alfredo Moreno), follows behind her on this formidable journey. After a long day of walking, they finally arrive at Doña Maria’s house, set at the edge of a mountain in San Antonio. Doña Maria protectively welcomes them into her modest home. Moments later, in the bathroom, Josefina stares at her badly beaten up body in front of an old mirror; her silent tears echo through her mind. In an effort to make sense of the tragedy, she tries to tell her godmother about the violence that has been perpetrated — but her godmother painfully tells her: “God sees everything my child… now… don’t tell anyone about this” — Josefina has to bury another secret in her life.This is the story of Josefina Moreno: a coffee farmer — with a rare keen sense of smell.&nbsp;&nbsp;Enlightened by her passion to become a&nbsp;cupper&nbsp;(a&nbsp;coffee taster), she begins to learn all about the craft with the help of her godmother (a retired coffee taster) and&nbsp;Don Mauricio&nbsp;a top cupper in San Antonio.&nbsp;&nbsp;Señor Villagran,&nbsp;the owner of the plantation she works at, quickly finds out about her unique talent and with his assistance, she begins to conquer the male dominated world of coffee tasting competitions.&nbsp;Her younger brother (Alfredo Moreno)&nbsp;bursts out of control and ends up in jail. Alfredo, looking for revenge for the brutal rape of his sister, manages to convince two hoodlums to rob and kill Don Gilberto, the perpetrator — however, their plans go horribly wrong: Don Gilberto kills one of the boys, beats up Alfredo horribly and puts him in jail.Señor Villagran sets out to help Josefina get her brother out of this desperate situation. Now, with hope on the horizon, Josefina leads the way to the top competitions in the country.&nbsp;&nbsp;However, darkness will fall upon Josefina once again — and the wolf of destiny will soon find her and devour her hopes and dreams.&nbsp;