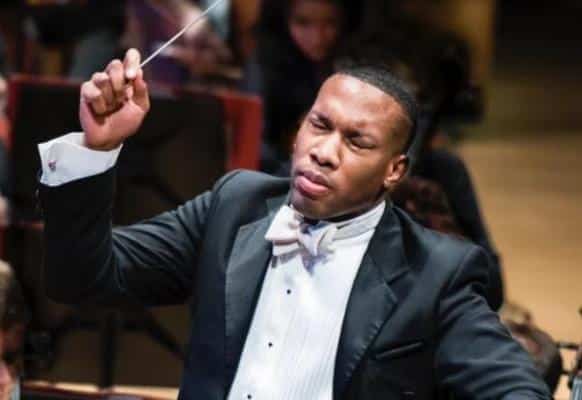 Filmed over seven years, Conducting Life follows the improbable journey of conductor Roderick Cox and captures the highs and lows of his quest to succeed in the highly competitive field of orchestral conducting, a profession that has traditionally overlooked musicians of color.Director's Bio:Diane Moore is an Aspen, Colorado-based freelance filmmaker and photographer. In 2013, she met conductor Roderick Cox and spent the next 7 years following him on his musical journey to locations in the U.S. and Europe. The result is her new documentary, CONDUCTING LIFE. Diane co-produced STORY SWAP, a documentary that has played at film festivals, and she is a Board member of the newly formed Frontline Film School, which offers a platform for people from conflict regions to share their stories.

Struggling to make it in a big city, a young artist finds herself retreating into the rose-tinted memories of the village she left behind.Director's Bio:Ewa is an animation director with a background in graphic design and illustration, who likes to tell bitter-sweet stories that explore cultural identity and memory, using textured, analogue animation techniques. Her film “Homebird” has been created entirely in a paint-on-cel technique, using thousands of marker pens, paint tubes, and sheets of acetate.

Three legendary photojournalists travel the globe in search of the truth as they seek to tell stories that need to be told, from hometowns to war-ravaged lands.Director's Bio:Native Nebraskan Bill Frakes began at the Miami Herald from 1979 to 1992, working for Sports Illustrated starting in 1983. He directs music videos, short documentary films and television ads. His still photographs and short documentary films have been featured on hundreds of websites and most major television networks. He’s worked in more than 100 countries across 6 continents. He was a member of the Miami Herald staff winning the Pulitzer Prize for coverage of Hurricane Andrew.

A day in the life of Yosarian Bisbee, aka Yo, who gathers “junk” from the local dump and unwanted food from the grocery store, all in an effort to minimize waste.Director's Bio:Blake Horn is a director/cinematographer that has traveled the globe lensing both documentary and fictional-narrative films. He grew up on the east coast, got his filmmaking chops in Brooklyn, and now lives in Seattle, WA. His vast array of projects mirrors his love of connecting individuals to experience a common ground together.

Following the untimely death of their father to Early-Onset Alzheimer’s, the Bussell family grapples with the life-altering decision of whether or not to find out if they too carry the gene.Directors' Bio:Rush Sturges is widely considered one of the world’s most influential kayakers, as well as a prominent action sports filmmaker. Writer/Director Mark Anders began his career as a freelance journalist and photographer regularly contributing to a wide-range of outlets from Men's Journal to Outside to Surfer and The Wall Street Journal.