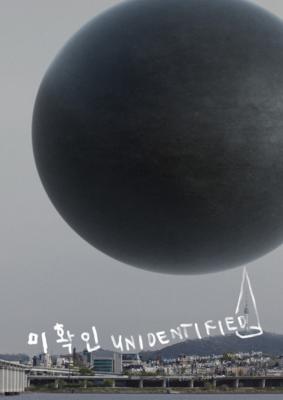 UNIDENTIFIED w/ JEFF + What is in the Ocean?

In 1993, enormous spherical UFOs appear over every major city in the world. They don’t attack. They don’t initiate communication. They just remain floating above each city. In 2022, 29 years after the UFOs arrive, they have become a part of ordinary life, but there is a rumor going around which posits that some people who look like ordinary humans are actually aliens. This. mysterious Alien Mind Control Syndrome, has taken hold of people in strange and unexpected ways.Director's Bio:Jude Chun is a Korean-Canadian director currently working in Seoul, Korea. UNIDENTIFIED is his first feature film. His 2016 short film ‘The Time Agent’ won multiple awards at international film festivals, and has been optioned for feature development by Black Label Media."I loved everything about this film. It’s unique, funny, thought-provoking, cinematic, daring, intriguing, smart, joyful, and life-affirming, while aware of life’s and earth’s challenges. You grasp its meaning through osmosis. This film has everything in it, but mostly it has freedom—a truly indie effort."&nbsp;–BendFilm Team

Told from the POV of a delivery drone, JEFF is the story of your of your average Amazon worker…but from 300 feet up. Upon realizing that there may be more to life than deliveries – JEFF enters an apocalyptic world where he has one last mission before going on vacation.Directors' Bio:'shy kids' is a creative collective – that animate, write, and make music together. Best known for their award winning short NOAH – the collective helped pioneer the screenlife genre and have went on to work for Disney, NatGeo, Netflix, and HBO.

The interviewee in a 1960's oceanography documentary deserts his post, forcing a bewildered narrator to chase him down and return him to his chair.Director's Bio:Preston started making short films in high school with his brother and cousin, who both now work in the film industry. He moved to Los Angeles when he matriculated in the MFA program in Film Production at USC's School of Cinematic Arts, for which he will graduate from in early 2023.