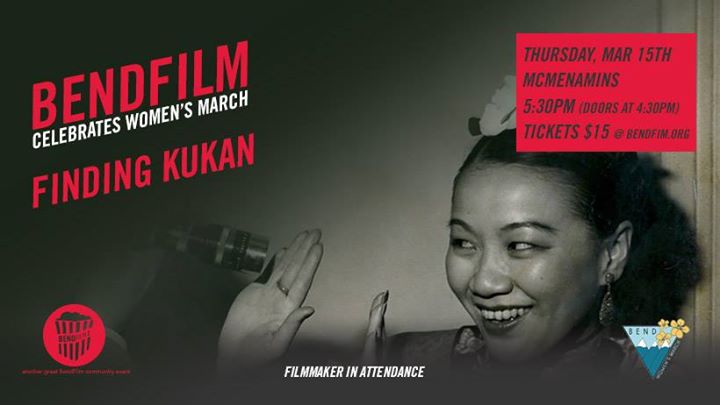 In celebration of Women’s March, join us for a night of great film and conversation with Robin Lung about FINDING KUKAN, her discovery of the pioneer Chinese- American filmmaker Li Ling-Ai, and where the film industry is headed.

Filmmaker Robin Lung investigates the case of Li Ling-Ai, the un-credited female producer of KUKAN (1942), a landmark color film that revealed the atrocities of World War II China to American audiences. KUKAN has the rare honor of being the first ever American feature documentary to receive an Academy Award. It is also the only award-winning film that is mysteriously missing from the Academy’s archives.

After finding a badly damaged print of KUKAN, Lung pieces together an inspirational portrait of a female filmmaking pioneer that sheds light on the long history of racial and gender discrimination off-screen, which continues to reverberate in Hollywood today.

Robin Lung will attend the screening to answer questions and share behind-the-scenes moments from the making of her film. Doors open at 5 pm.