1st ANNUAL INDIE WOMXN FILM FESTIVAL: March 12 – 16, 2020
In celebration of Women’s History Month, BendFilm and Scalehouse are partnering to bring you a weekend of creativity, conversation, and connection through the art form of film.  The festival is focused on women’s stories and was created out of a desire to continue to increase representation of womxn on screen and behind the camera. 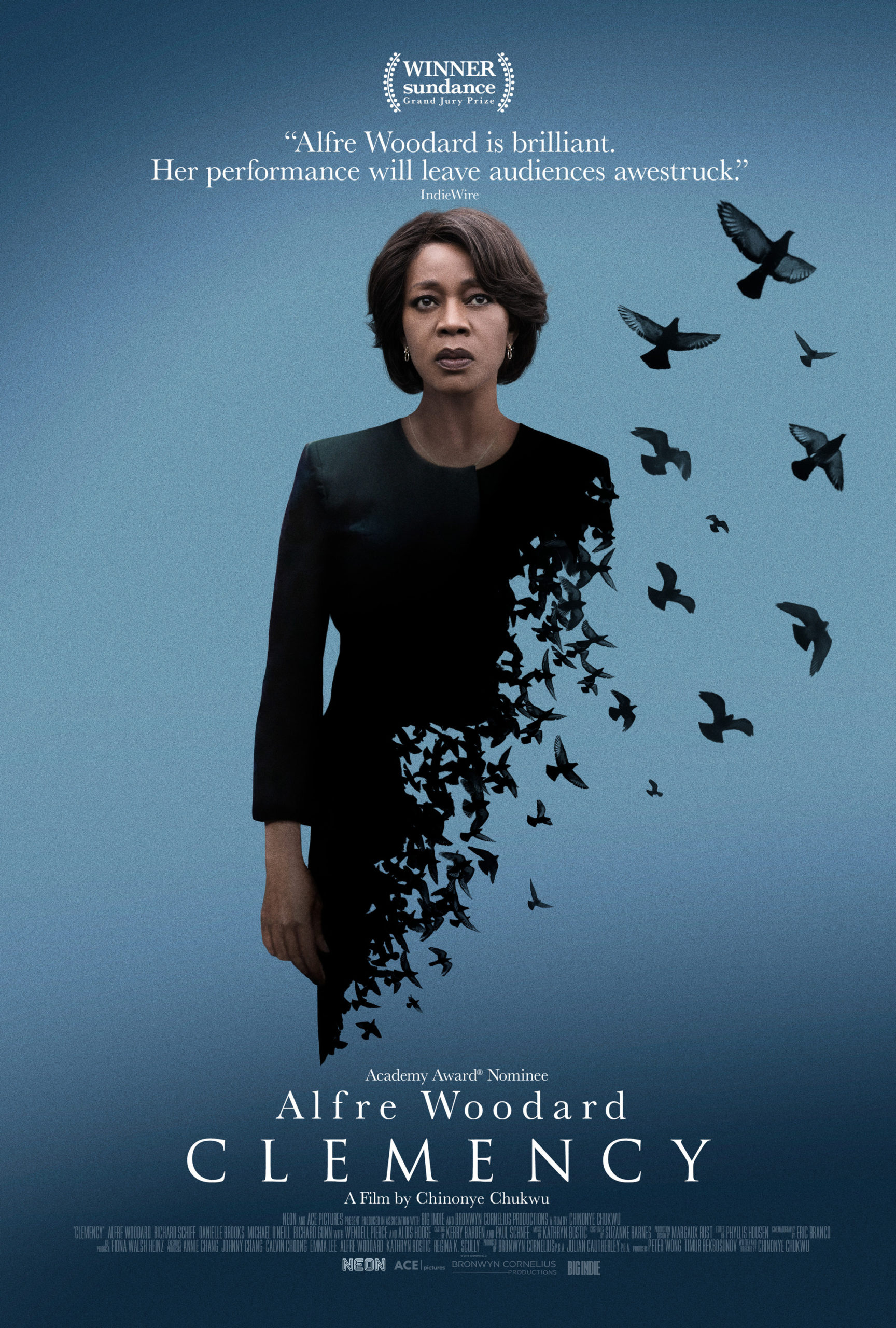 Bernadine Williams (Alfre Woodard) is a prison warden who, over the years, has been drifting away from her husband while dutifully carrying out executions in a maximum security prison. When she strikes up a unique bond with death-row inmate Anthony Woods (Aldis Hodge), a layer of emotional skin is peeled back, forcing Bernadine to confront the complex—and often contradictory—relationship between good intentions, unrequited desires, and what it means to be sanctioned to kill.  CLEMENCY is an absorbing and penetrating character study that pulls into deep focus the various ways in which people facing impossible ethical circumstances strive to achieve some state of grace. 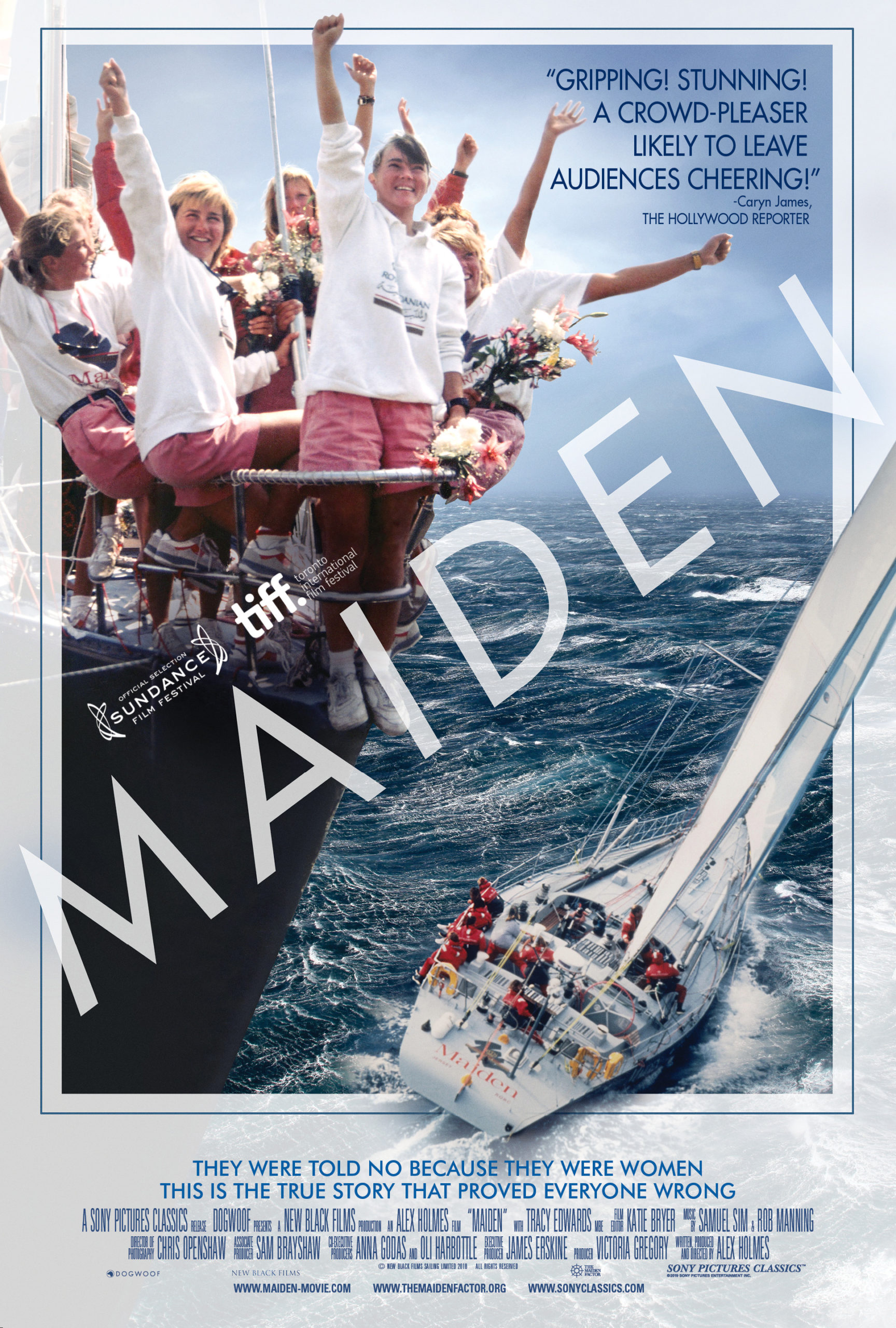 Maiden is the story of how Tracy Edwards, a 24-year-old cook in charter boats, became the skipper of the first ever all-female crew to enter the Whitbread Round the World in 1989. Tracy’s inspirational dream was opposed on all sides. But Tracy refused to give up: she remortgaged her home and bought a secondhand boat, putting everything on the line to ensure the team made it to the start line. Although blessed with tremendous self-belief Tracy was also beset by crippling doubts and was only able to make it through with the support of her remarkable crew. With their help she went on to shock the sport world and prove that women are very much the equal of men. 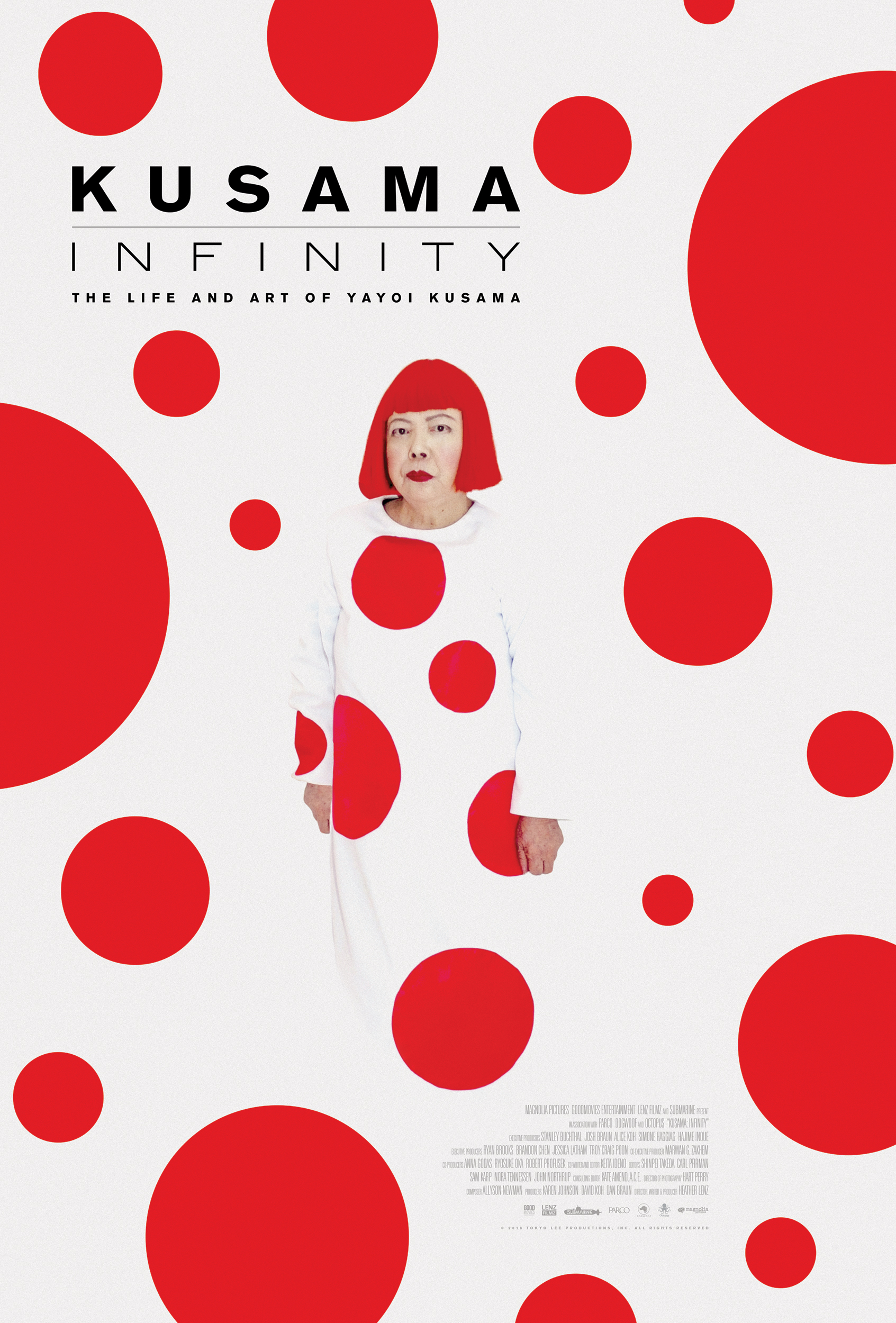 Now the top-selling female artist in the world, Yayoi Kusama overcame impossible odds to bring her radical artistic vision to the world stage. For decades, her work pushed boundaries that often alienated her from both her peers and those in power in the art world. Kusama was an underdog with everything stacked against her: the trauma of growing up in Japan during World War II, life in a dysfunctional family that discouraged her creative ambitions, sexism and racism in the art establishment, mental illness in a culture where that was particularly shameful and even continuing to pursue and be devoted to her art full time on the cusp of her 90s. In spite of it all, Kusama has endured and has created a legacy of artwork that spans the disciplines of painting, sculpture, installation art, performance art, poetry and literary fiction. 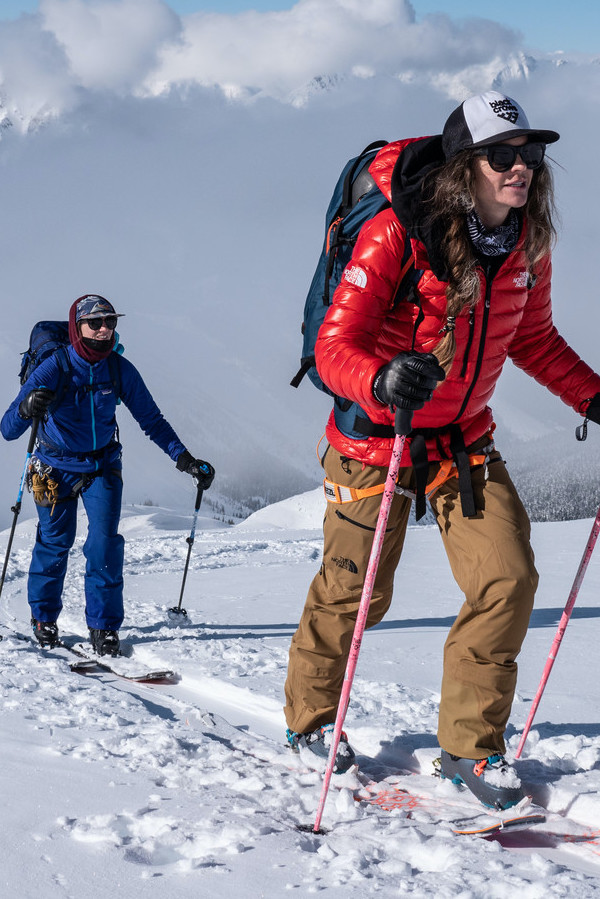 SPEAK TO ME SOFTLY
Experience fear and emotion alongside climber Jenny Abegg as she ascends a route while fighting the self-criticism and doubt from that little voice we all have in the back of our heads.

AZIZA
Set in the streets of Bou Tharar and the wide, craggy valleys of the lower Atlas, ‘Aziza’ is the story of a young woman who has thrived in the world of ultra-racing. The combination of her ambition, determination, and the loving support of her family has helped her to overcome many social and cultural challenges and has made her a role model for other up-and-coming athletes in Morocco.

ANY BODY CAN DO IT
The ultrarunner that defies expectations, shuns labels, can’t stop moving and – sometimes – can’t stop singing.  Meet the one and only Mirna Valerio…the Mirnavator.

MY LAST DAY OF SUMMER
It is the last day of summer and Julia is at the local bike shop hoping that her bike can be fixed. While checking out the flashy displays of new bikes and shiny components, a comic book catches her eye. The comic dives into animation and explores a world which stylizes the sights and sounds she experiences on the trails. The comic captures her imagination and she soon finds herself on a ride like none other.

DREAM JOB
A comedy documentary about a girl working in the ski industry who decides to become one of the stars, DREAM JOB begs the question – they go up, they go down, how hard can it be? The film follows comedian Katie Burrell through “days in the life” with three of the industry’s biggest names: Leah Evans, founder of Girls Do Ski, Christina Lustenberger, ex-Olympian and big mountain skier, and Diny Harrison, the first fully certified female guide in North America.

REFUGE
What does a refugee look like? Growing up as an immigrant in the United States left Piseth Sam feeling nationless yet, at the same time, she wondered what exactly made her different. Piseth uses climbing and fitness to create her own characterizations of self, and shapes her own definition of American.

THE ADVENTURE ITINERARY
Katherine is dedicating her life to harnessing adventure as a means of protecting and conserving the marine environment, to inspiring everyone to step beyond their doorstep through adventure to fall in love with the beauty and wonder of nature and through this love, to be inspired to take action to protect our wonderful planet.

EVERYTHING TO LOSE BY PATTI GONIA
A spoken word poem by Pattie Gonia that calls people to reflect on the impacts their actions have on Mother Nature.  Now is the time to change our behaviors and take positive action.

THE LITAS
This is a film about Gevin Fax, the oldest member of the women motorcycle collective, The Litas. Growing up in Los Angeles as an African American lesbian in the 1960s, Gevin found that the world wasn’t always forgiving. She started riding dirt bikes at the age of twelve which distanced her even further from the other kids. Now, because of The Litas, she shares her love for the road with thousands of women all over the world.

DUNDEE
Dundee is a short mockumentary about Croc climbing. Sometimes we need to take ourselves and the sports we love a little less seriously. After years of attempts, Mallory and Carey are coming back to stand on top of the unconquered, Dundee. When things can’t get any worse, they stumble onto what just might be their ticket to thetop. Friendships will be tested, chocolates will be misplaced, and hands will simply want to throw in the towel, but these two ladies are destined and will stop at nothing to get what they came for.

A GRAND JOURNEY
Kira loves the outdoors but was born with a rare birth defect and had her lower leg amputated as a child. Since being able to walk, she has used a prosthetic leg. While some might see this as a major setback, Kira’s fiery passion and athleticism drives her to achieve her goals and amaze those around her with her achievements. Climbing the iconic Grand Teton has been a childhood dream of Kira’s and we get an intimate look into Kira’s unique but incredibly relatable journey as she attempts to take on a goal she herself may not believe is possible.

WHERE THE WILD THINGS KEEP PLAYING
An ode to the athlete who relishes in getting dirty, who chuckles after a long day in the mountains, effortlessly glides through the crystal clear waves and most importantly, is unapologetic in pursuing their love of getting rowdy in adventures. 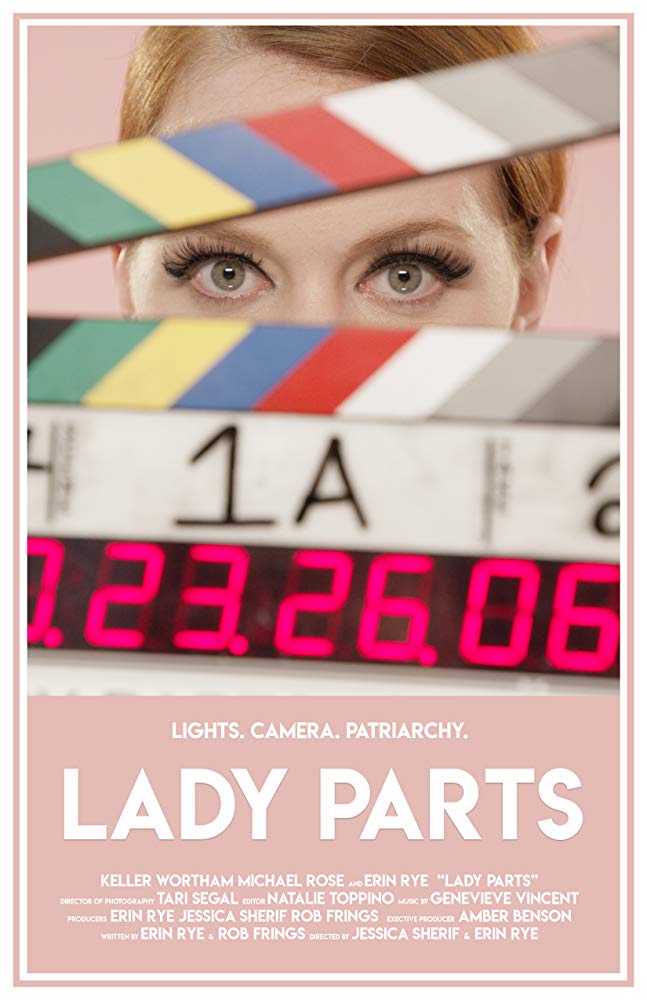 LADY PARTS
A struggling actor goes from dancing tampon to her first real break, playing a meaty role in a financial drama by an acclaimed up-and-coming director… only to discover that things aren’t what they seem. She experiences a series of funny-because-they’re-true setbacks and putdowns as she barrels toward her breaking point and has to decide what is more important: her dignity or her career.

ESMERALDA
For her documentary thesis, Patty Yates follows the quirky Wilbur Goodnight as he embarks on a romantic quest to profess his adoration for his grade school crush at a local poetry slam.

WARPAINT FOR THE TEENAGE SOUL
Blacklisted by fellow students after being assaulted by the most popular boy in school, 15-year-old Wynne Darling flees her so-called friends and takes refuge in the school bathroom.

SOMETIMES, I THINK ABOUT DYING
Fran is thinking about dying, but a man in the office might want to date her. (BendFilm Festival 2019 Winner – Special Jury Award for Narrative Short.)

THINGS WOULD BE DIFFERENT
A happily married woman wonders if she could be happier.

BEING HERE
Based on true events, “Being Here” follows the life of Charlie, a young woman in her late 20s, as her three months in a drug and alcohol rehabilitation facility are coming to a close. In fear of leaving her newfound safety bubble, Charlie resists moving on from rehab — defaulting to all of her unhealthy coping mechanisms that brought here there in the first place.