THE GREAT ALONE is irresistible: it’s about dogs, love, fathers and sons, mothers and sons, rebellion, obsession, and one of the greatest and most cinematically stunning adventures on earth–the Iditarod dog sled race. 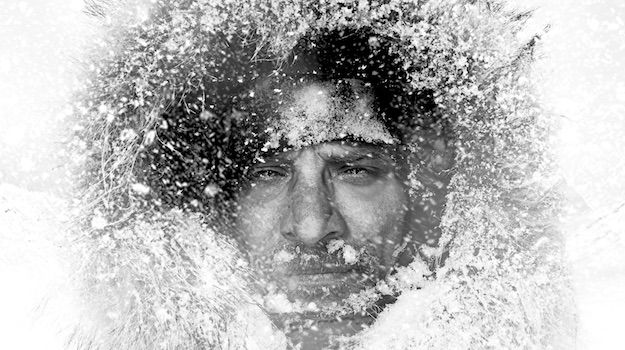 “THE GREAT ALONE screening is another perfect opportunity to bring the community together through film,” said BendFilm Director Todd Looby. “And how many towns can say they have a four-time racer among their residents? That’s why we’re excited to host Bend’s Rachael Scdoris to tell us about her Iditarod experiences and her take on the film.”

The Mackey family is Iditarod royalty, not by birth, but by a special kind of Alaskan cussedness. When Lance Mackey was 8, he watched his father Dick stagger across the finish line to win the thousand-mile, Anchorage-to-Nome race by one second. The son went on to become a record-setting Iditarod musher in his own right, far surpassing his father’s achievement. But not before overcoming a troubled adolescence, substance abuse problems, and a dramatic health crisis.

Rachael Scdoris knows Lance, and says that THE GREAT ALONE is “a brilliantly produced documentary that accurately and respectfully depicts the life of a truly wonderful man.”

Director/writer Greg Kohs frames his story with up-close footage of the 2013 Iditarod and pulls the family portrait together with historic race footage, family photos, and interviews so candid they seem overheard. Seamless editing and a haunting original score elevate THE GREAT ALONE beyond the expected adventure-sport documentary to something far more affecting. THE GREAT ALONE has won six festival awards, including Grand Jury Prize winner for best documentary at the Seattle International Film Festival.

Also screening will be SLED DOG FAMILY (4 min), produced and directed by University of Oregon film students Tommy Pittenger, Alisha Jucevic, and Matt Leslie. The short features Rachael and her family, who will all be on hand for a Q&A at the end of the program.