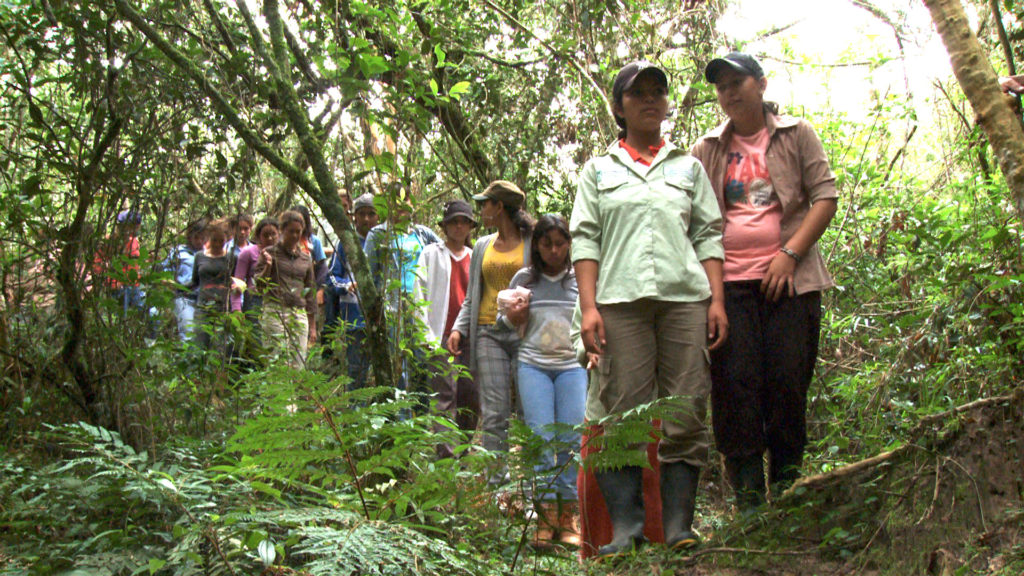 BendFilm and World Muse are proud to present a powerful documentary from the 2016 film festival, DAUGHTERS OF THE FOREST, Wednesday, February 8th at 6:45pm at McMenamins Old St. Francis Theater. The film will have Director Samantha Grant in attendance, and is a fitting prelude to the 2017 MUSE Conference since Grant and World Muse founder, Amanda Stuermer, share a passion for social change and empowering women and girls.

DAUGHTERS OF THE FOREST (54 min) follows a small group of girls who attend a radical high school in the untamed wilds of the Mbaracayú Reserve in rural Paraguay. Filmed over the course of seven years, the documentary offers a rare glimpse of a disappearing world where timid girls grow into brave young women who study their threatened forest and envision a better future for themselves.

“It is exciting to be partnering with BendFilm to bring this documentary back to our community,” said World Muse Director Amanda Stuermer, “World Muse believes art is a powerful tool for social change.”

BendFilm Director Todd Looby added, “It’s great working with other non-profits like World Muse to bring attention to important issues and inspire action. We love bringing the community together through film. Our year-round programs and these collaborations have become a really meaningful way to join together with like-minded community members outside of the fall festival.”

What: DAUGHTERS OF THE FOREST

Following the film there will be a Q&A with Director, Samantha Grant. The full film sirte and trailer can be found at: http://daughtersoftheforest.com.

For those interested in more information on BendFilm or World Muse, please visit www.bendfilm.org or www.theworldmuse.org.

About World Muse:
World Muse is a non-profit social change organization that believe women and girls can be powerful catalysts of change. We offer year-round programs and events including our annual MUSE Conference. www.theworldmuse.org