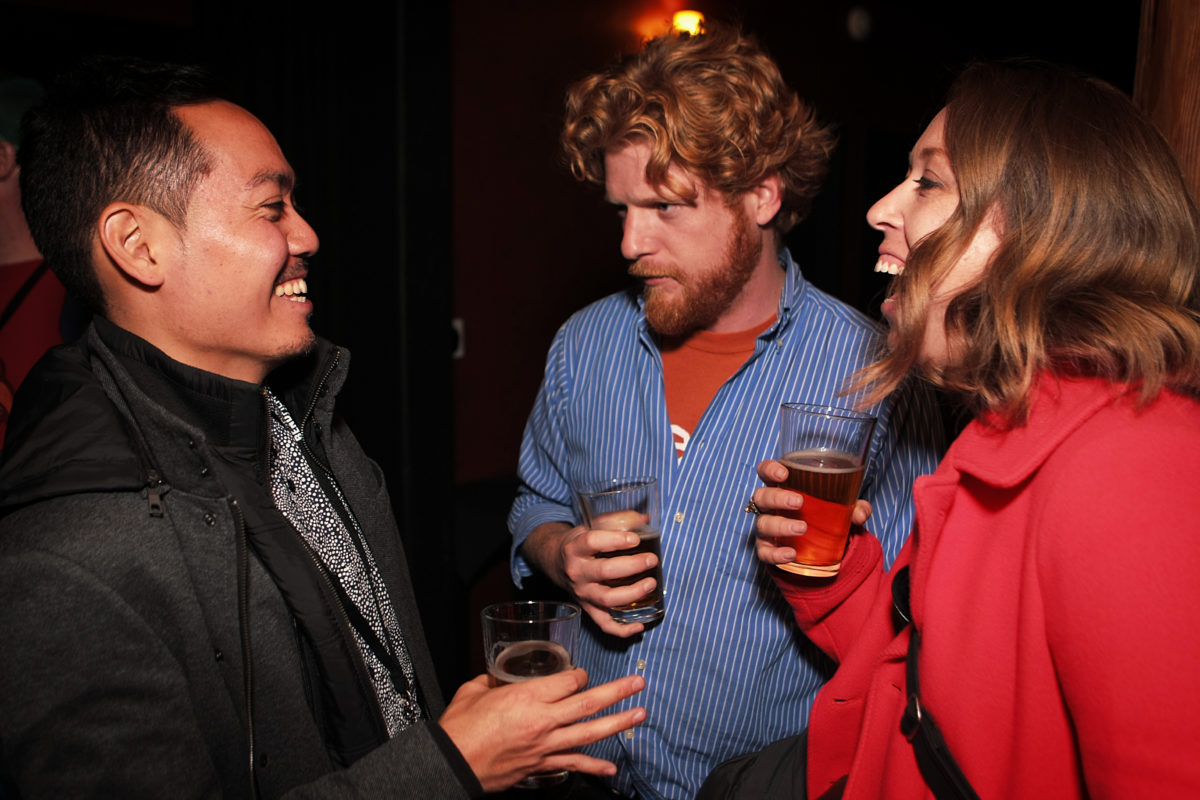 We asked festival filmmakers for their favorite questions. Read to discover what they had to say…

Veteran BendFilm attendees know that a unique aspect of the BendFilm Festival is our access to filmmakers. Whether you’re standing in line before a film, grabbing a beer between screenings, or attending a panel or filmmaker Q+A, you’ll have the chance to chat with directors, actors, writers, and producers.

Curious about that person who looks like a filmmaker but could be your neighbor? Look for the orange BendFilm Festival lanyards and feel free to be one of Bend’s friendly ambassadors.

Panels are non-ticketed events that are open to everyone. This is a great opportunity to add depth to your understanding of the challenges and successes of the film industry. Hosted by McMenamins Old St. Francis School, you can plan to buy a lunch or a drink while you enjoy the conversation.

The Question and Answer sessions after screenings can enrich your festival experience. It’s a chance for you ask the questions you really want to know about the film, the crew, or the filmmaking process. We asked a few of our filmmakers attending this year for some pro starters:

“How do you feel about the future of cinema?”

“What the relevance is of your story for a wider audience?”

“Ask about what I’m up to next, this is always a fun thing to talk about.”

“There is an awful lot of music in the film, where did that all come from?”

“What was the most pleasant surprise that happened on set?”

“How do you hope this film will make a difference in the world?”

and every filmmakers favorite question, “Can I fund your next film?”

If you’re worried that your question isn’t a good one, rest assured know that many of them proclaimed, “I actually love all questions!” and “I welcome all questions and comments!”

We’re all about celebrating the brave voice of independent cinema and look forward to hearing yours at the festival.