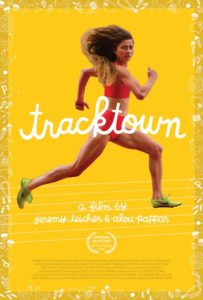 “Alexi’s participation is a centerpiece of this year’s Celebration of Women Filmmakers, and we’re excited to have her and Jeremy coming to Bend to screen the film at the festival,” said BendFilm Festival Programmer Erik Jambor.

In addition to running and filmmaking,  Alexi is also the Portland Chapter Leader of Film Fatales. You may remember Film Fatales as the organized founded by BendFilm 2015 juror Leah Meyerhoff.  It is a network of women filmmakers who meet regularly to mentor each other, share resources, collaborate on projects and build a supportive community in which to make their films.