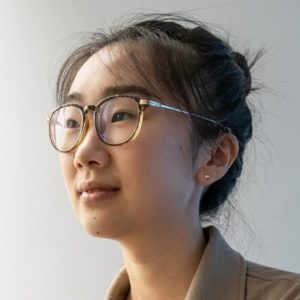 Responses have been edited for length and clarity.

Q: When you began filming Finding Yingying, you were a graduate student studying journalism in Chicago. Did you always know you wanted to become a documentary filmmaker?

A: No, not at all. So it’s an interesting story. I started my journalism school in 2016, and that was the year that I arrived in the US. Also, that year was the election year. I was born and raised in China. I’ve never seen any protests in China. So, when I first arrived in the US in 2016, there were a lot of protests, and I got a chance to learn stories about different communities. Then, in journalism school, I got into visual storytelling. I took a video journalism class, and in the last quarter of my program in 2017, I took a documentary journalism class. That was my first formal introduction to documentary filmmaking. Even at that time when I was about to graduate, I never really thought I was going to do documentary filmmaking after graduation. Then, Yingying disappeared. I heard about her disappearance through alumni group chats on WeChat. That’s how I learned about her disappearance, and I started following the story.

Q: What made you decide to travel to Champaign to film Yingying’s case?

A: At first, I was someone who cared about her, like any other Chinese international student. We were sharing her information on social media, and everyone was hoping we would find her soon. Her family came to the US about a week after her disappearance, and I read a lot of stories about her family’s arrival. At the time, there were already volunteers in the Urbana-Champaign area who were helping the family. I made my trip down to Champaign for multiple reasons. For one, as a journalism student, I was curious about what was going on. On the other hand, I was just thinking about how I could help the family. I knew volunteers were visiting the family daily, just to spend time with them. Also, I was in the documentary class, working on my final project. So, I was thinking that potentially, I could tell my story about Chinese international students. These were some initial thoughts when I made my way down to Urbana-Champaign, but at that point, I didn’t think it would be a feature-length film and didn’t think I would get access to the family. But that’s how everything started.

Q: Something striking about Finding Yingying was how intimately involved you became in the Zhang family. What did you learn from your experience not just telling, but living in, their story?

A: I think there were multiple layers. One is really about storytelling and the filmmaker-subject relationship. For me, it was very important to make sure that the family was comfortable with me being there filming them. Documentary ethics were a big thing in the entire filmmaking process. One of the biggest things I learned from this experience was never to take anything for granted, and always appreciate the opportunities your subjects give you. I think that while we were filming, the priority was always the family. That wasn’t something I learned during journalism school, but something I learned during filming Finding Yingying.

Another thing was learning about my role in the whole process. When I was in school, I learned that a journalist needs to be objective. You don’t get involved too much with your interviewees. But for documentary filmmaking, I spent much more time with my subjects compared to other stories I did. I got to know Yingying’s family, and we developed a relationship beyond the filmmaker-subject. I think this is something that makes the film unique and gave me more creative choices in post-production to tell the story. I got involved more with the family, and in the final product, I was part of the film as well. For a long time, I was struggling with my role because, talking about documentary ethics again, sometimes I want to capture a great moment, from a filmmaking perspective. Those moments would include raw emotion. From the perspective of someone who cared about the family’s feelings, I thought, I should probably stop recording. I was constantly debating with myself to make ethical decisions: when to keep filming, and when to stop.

Also, one note is about the mental health of filmmakers. In staying with the family—and I lived with them when I was in Champaign—it was very difficult to process the emotions, even though it was the family who lost their daughter. I was someone who had nothing to do with the case, but being with them, you could feel the sorrow and grief every day. Sometimes, I tried to comfort the family, but I didn’t know what to say. That was something I was struggling with, but on the other hand, I tried to keep moving the project forward and see things as a filmmaker.

Q: What makes an excellent documentary?

A: You need to be honest, genuine, and transparent. I feel like a good documentary is always about humans, and I love documentaries with human interest. When I first started Finding Yingying, I didn’t really have a goal or a clear idea of what the final project would look like. I didn’t plan out the storyline. I just let the footage tell the story.

Q: What is a piece of creative work that has inspired you this year?

A: I always want to talk about one film that was created a decade ago, but I got inspiration from it: The Last Train Home. In China, there are a lot of people from rural areas, the countryside, but they work in big cities. In the springtime, for the Chinese new year, they travel back to their hometown. Last Train Home is about a migrant worker couple. The story follows the couple for several years, for several trips back to their hometown. It also follows their children, who were left behind in the countryside. It gives you an inside look into China’s economy as China is becoming a global superpower. The inspiration I got from this film is using lyrical, thematic language to tell a story. For Finding Yingying, at first, I was trying to make a film like Last Train Home. Because in the middle of the film, I went back to China to film with the family in their hometown. I was trying to make it look like Last Train Home. It was one of the films that I started the idea for the visual style of Finding Yingying. It was one of the documentaries that first introduced me to documentary filmmaking.

Q: What new projects of yours can we look forward to?

A: One project is in the development stage, a feature-length documentary about the Chinese-American experience. I’ve already started capturing initial footage of the main subjects. Other than that, I field-produced two documentary projects last year and this year. I worked on a COVID documentary about the global effort to combat the pandemic. It’s actually directed by the director of Last Train Home.

I also worked on a docuseries as a field producer for Discovery Channel about the pandemic. I don’t know the full scope of the docuseries, but it’s more about the scientific side of the pandemic. The story I worked on in Chicago is about COVID long-haulers: the people who got COVID and recovered, but still experience several symptoms.

To take a closer look at Jenny Shi’s upcoming and past projects, head to her portfolio site. Then, don’t forget to purchase your passes to the upcoming 18th Annual BendFilm Festival, where Shi will serve as a juror on the Documentary Shorts panel!