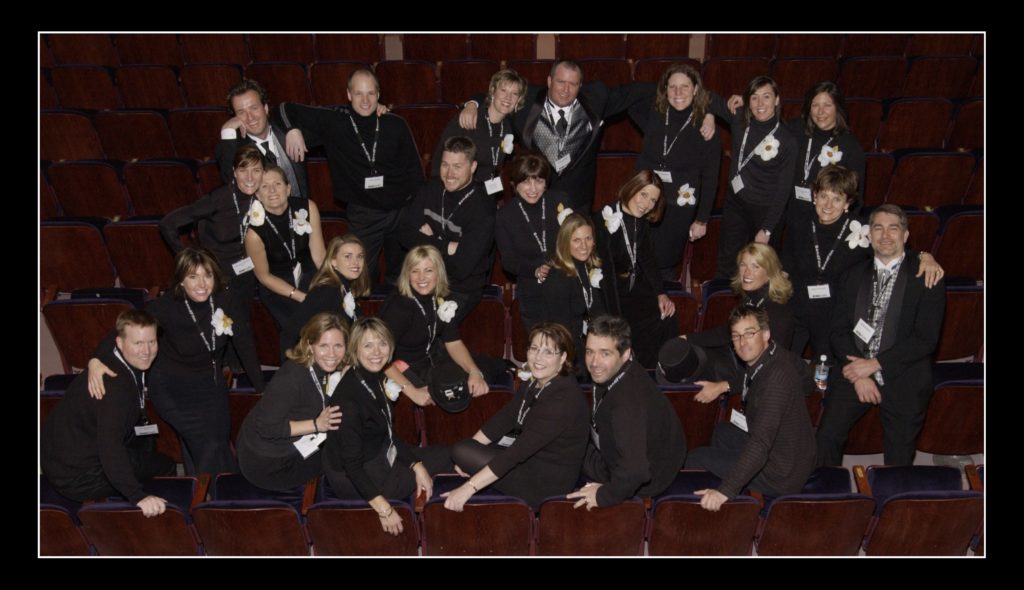 BendFilm raised the curtain in 2004 with a mission to promote independent film and celebrate filmmakers who tell stories that help spark cultural change.   We caught up with founder Katie Merritt about the early days, what it took to start the Festival and how she feels about it now looking back.

BF: What inspired you to start BendFilm 15 years ago?
KM: A conflux of local and national factors merged with a personal pipe dream and the right timing. Bend was exploding. I’d recently relocated from San Francisco and felt drawn to help Bend’s arts and culture scene keep pace. I felt a duty to lighten the growing pains for this magical place that I and a zillion others moved to almost overnight.  From the national perspective, and as an ardent film and independent film festival fan, I also saw the need to realign filmmakers and festivals.

The festival originally came about to provide a venue for filmmakers whose films may not otherwise be seen. I wanted a concentrated festival where each venue was walking distance or at most a quick hop from the other. I’m less a fan of festivals that are sprawled out at venues disconnected and diluted by miles between.  One of the great riches of a film festival are the serendipitous meetings amongst artists and fans when everyone’s packed into a tight footprint. Once I learned that the classic downtown Tower Theatre was nearly done with a stem to stern renovation, I felt the real heat of possibility. Enough so that I retired from selling real estate to make the time to take a shot at creating this utopian festival I had buzzing in my head.

BF: What was the atmosphere at the Festival like the first year?
KM: I can only account for the perspective of event staff, of course. It was electric. We’d worked for years to create this experience. Long years. Suddenly, time sped up the week of event and all that we’d conceived, dissected, willed and visioned was happening…now! There were panics, system upsets and the like to keep us hopping, yet I most vividly recall the extreme joy of watching it unfold. Of witnessing the joy the event brought to the audience and the filmmakers. I was a mess, honestly. Gus van Sant and I communicated, tussled really, over his attendance for two years and ZAP! There he was. My tongue pretzeled, I had no cogent words to say to him. Same with John Doe who attended as a musical guest. The work of these two men resides deep in my marrow and I didn’t have a blasted thing to say to either of them. Choking, I think it’s called.

BF: What are a few of your favorite memories from the early years at the Fest?
KM: Some will recall the festival in 2004 was headquartered in the soon to be demolished building where the Oxford Hotel now stands. We asked the filmmakers and performers to add their sign to a wall in their lounge area. I cut out the chunk that John Doe signed. Still have it. Wish I had photos of the wall, too.

Also, I still get misty when I think of Mike Hollern and his team at Brooks Resources. The faith and relationship they provided BendFilm went far beyond the generosity of a sponsor, or even a founding sponsor. The funding they provided gave BendFilm life, but it was more than that.

Opera singer Marcia Whitehead performed after her short documentary Laundry & Tosca in 2005. Over dinner later, Marcia told me two mind scrambling stories. The first was of an anonymous audience member approaching her backstage after she sang and handing her a check for $5,000. The second story was a confession that she nearly cancelled attending because she was down to her last few dollars and even though the festival paid most of her expenses, traveling from NYC w/ scarce resources made little sense. She didn’t actually know why she’d actually come. I still tingle thinking about it. I hope Marcia doesn’t mind me sharing this story all these years later!

Screening the Puffy Chair with co-writer, director and star, Mark Duplass was great fun. This was the dawn of the mumblecore genre and all that would become of Mark and his brother, Jay. We dragged a recliner similar to the film’s namesake out on stage and roused Jay over speaker phone when Mark accepted the award for best screenplay.

BF: What do you think about Erik Jambor, former BendFilm Director and now Programmer, coming back to program the fest the 3 past years?
KM: He’s doing a hell of a job. I’m glad Erik’s on board.

BF: BendFilm goes beyond screenings to help develop artists at different levels. What would you tell someone inspired to apply for one of BendFilm’s grants or a young artist considering the Future Filmmakers program?
KM: The book, Art & Fear by David Bayles & Ted Orland accounts of a ceramics teacher dividing his class into two random groups. He informed one group that the sole basis for their semester grade would be the quality of their work. The other half of the class was told they’d be graded based solely on the quantity of their work. Come grading time, the works of highest quality were all produced by the group being graded for quantity. I suggest that aspiring filmmakers apply for everything, and make everything they possibly can. Park any perfectionism or trepidation and produce!

BF: What film do you rewatch when you need a good laugh?
KM: My ten year old son and I watched/rewatched Young Frankenstein a few weeks ago. I’m still chuckling.

BF: What film do you rewatch when you want inspiration?
KM: Born into Brothels, a documentary film by Zana Briski & Ross Kaufman. BendFilm screened it in 2004. The story is of the remarkable photographic eye discovered when the filmmakers handed cameras to a group of children living in the Calcutta slums.

BF: What does it mean to you to see the Festival thriving now and bringing in award-winning films and filmmakers to Central Oregon?
KM: It means I feel less guilt over the sweat and tumult everyone suffered to kick the festival off.

Truly, BendFilm is like my first child. To see the festival and BendFilm’s mission thrive into adulthood is gratifying beyond words. Thank you, Todd Looby and the Board!  And of course thanks to the artists and amazing BendFilm fans!