Bend, OR – BendFilm is pleased to round out a robust feature film lineup with the 68 short films selected to screen at the 2017 BendFilm Festival running October 12 – 15, 2017.

Erik Jambor, BendFilm Festival Programmer, said, “Short films are bold stories told in a brief timeline that dares the audience not to blink.  Short film programs are great ways to audiences to be exposed to a wide variety of stories, artists and styles.”

The Boy by the Sea (directed by Vasily Chuprina / 7 min. / Netherlands) – The story of an unlikely friendship between a young boy and an old lighthouse keeper.

So Much Yellow (directed by Erica Milsom / 10 min.) – A sister’s perspective on the day she lost her little brother, Bruce, who has Down syndrome.

Fireflies (directed by Raouf Zaki / 16 min.) – As a withdrawn Middle Eastern man begins frequenting a café, the headwaiter grows increasingly suspicious about the true nature of his visits.

Unbound (directed by Maggie Mahrt / 13 min.) – In turn-of-the-century Japan, a young girl sacrifices her freedom to save her ailing father. She soon becomes entangled in an unexpected metamorphosis.

Real Artists (directed by Cameo Wood / 12 min.) – Sophia Baker just scored her dream interview at a world-famous animation studio. But she soon learns all is not as she expected behind the curtain. 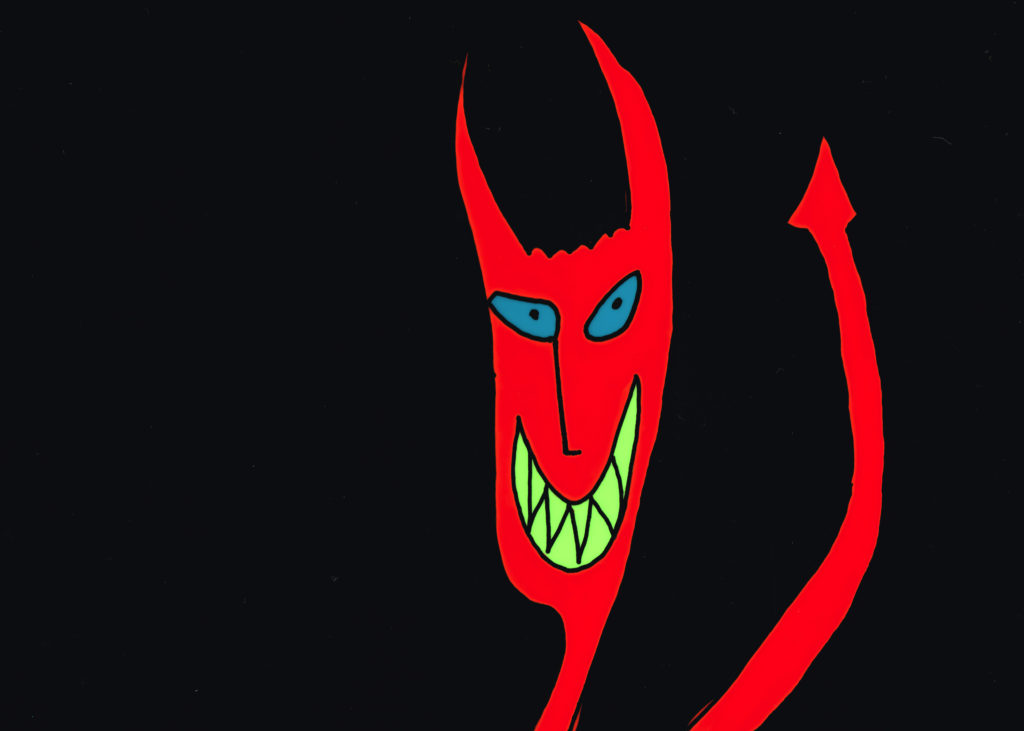 Acid Test (directed by Jennifer Waldo / 14 min.) – When Jenny tells her parents she’s tripping on acid, the hallucinogenic parental meltdown unravels the family dynamic as she discovers the power of rebellion.

Game (directed by Jeannie Donohoe / 15 min.) – A new kid in town tests the limits at the high school basketball tryouts.

How Far She Went (directed by Ugla Hauksdottir / 13 min. / Columbia University) – An unflinching look at family, personal sacrifice, and the lengths we will go for those we love.

A Whole World for a Little World (directed by Fabrice Bracq / 15 min.) – A woman tells her baby a great story.

Mrs. Drake (directed by Caitlin FitzGerald / 15 min.) – Overworked and overstressed, Laura is a single mother struggling to maintain her equilibrium while raising her frequently difficult son.

Above the Fray (directed by Graham Zimmerman / 7 min.) – The story of Beth Rodden, one of the greatest climbers in history, beginning with her terrifying expedition to Kyrgyzstan.

At What Price (directed by Tommy Day / 12 min.) – Professional adventure and climbing photographer John Price explores the myth of ‘the perfect life’ that’s so pervasive in social media.

Haskell (directed by James Allen Smith / 11 min.) – Three moments in the life of Haskell Carlston, who was born with the ability to manipulate time.

Iron (directed by L. Gabriel Gonda / 17 min.) – A young woman joins the labor force working on the railroad during WWI.

Portlandia Squirrels (directed by Rob Shaw / 4 min.) – Three rats try to figure out what makes humans treat their cousins, the squirrels, so nice while they get the short end of the stick. Featuring the voices of Fred Armisen and Carrie Brownstein. 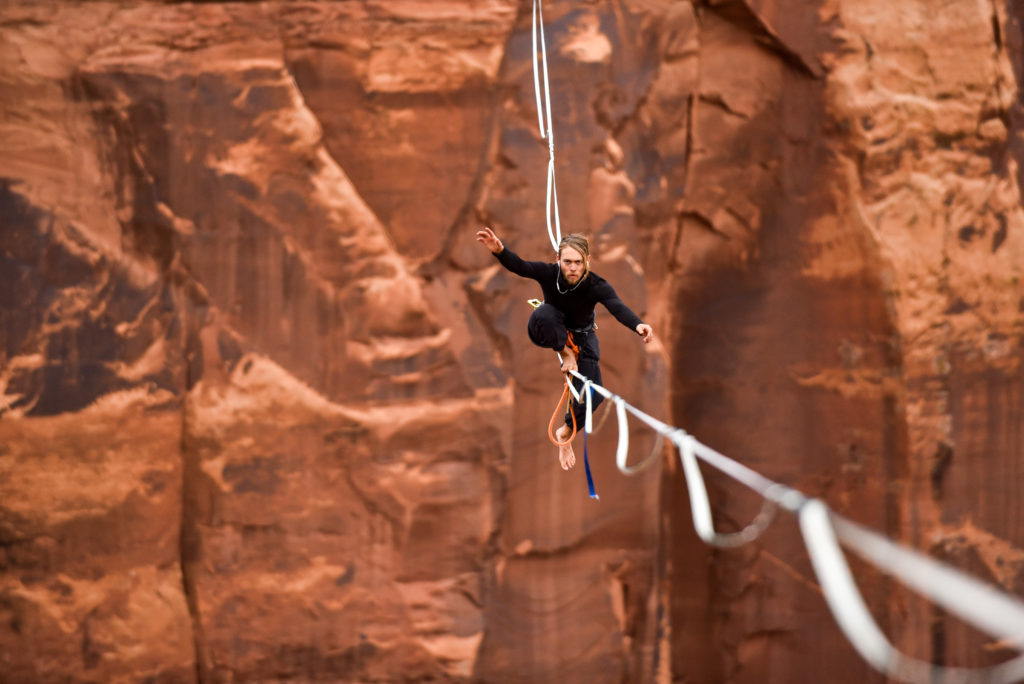 Invading Giants (directed by Kevin Fraser / 12 min.) – Every year residents of Newfoundland and Labrador look to the north with baited breath hoping the Atlantic Ocean will deliver to them a parade of ancient icebergs.

The Last Honey Hunter (directed by Ben Knight / 30 min.) – Maule Dhan Rai is the last man in the remote Nepal village of Saadi who has been visited in a dream by a spirit called Rongkemi. If no one else in the village has the dream, a generations-old tradition may die.

Slacker (directed by Max Lowe / 9 min.) – Slacklining to many is a mystery, a line where impossible and possible collide. For Terry Acomb it’s simply a way of life.

The Strongest I’ll Ever Be (directed by Phil Ebiner / 15 min.) – After being handed a heartbreaking diagnosis of ALS, award-winning photographer Anthony Carbajal confronts the disease that robs him of his abilities and his future.

Water Town (directed by Maya Craig / 24 min. / University of California, Berkeley) – The current and three former mayors of Weed, California fight to win back the spring water they believe the corporations are stealing from them.

All I Want (directed by Venika Mitra / 7 min. / India) – A street urchin’s single minded and unwavering pursuit to buy one mango.

Doctor B (directed by David Chen / 8 min.) – Professional yo-yoer Jonathan Best (AKA Doctor B) returns to one of the largest yo-yo championships in America.

Homegrown (directed by Quentin Haberham / 9 min. /  National Film and Television School, UK) – Francis learns that what is right for himself may not be best for his son.

Just, Go! (directed by Pavel Gumennikov / 11 min. / Latvia) – A young man who lost both legs in a childhood accident comes to the rescue of the girl next door.

New Toy (directed by Rogerio Boechat / 7 min. / Brazil) – A baby gets a new toy bear from his mom.

Scrap Dolls (directed by Aude Cuenod / 13 min.) – An 11-year-old boy, grieving over the loss of his best friend, encounters an artist who makes art out of abandoned objects. 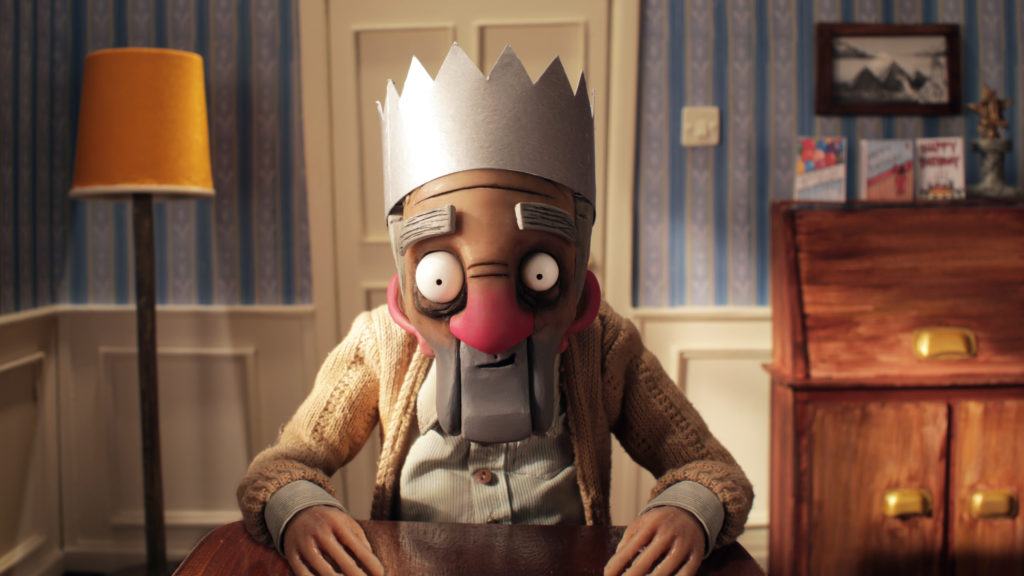 Don’t Ever Change (directed by Don Swaynos / 10 min.) – A reunion between a woman and her estranged daughter is interrupted by a stranger with an unusual request.

Evocation of a Nightmare (directed by Wally Chung / 2 min.) –
Entering what seems to be a deserted building, a man explores and finds an unwanted guest.

Home Education (directed by Andrea Niada / 25 min. / London Film School, UK) – An inquisitive girl is convinced by her mother that her dead dad will resurrect if they show how much they miss him.

Jouska (directed by Wynter Rhys / 6 min.) – A man’s hypothetical conversation that he plays out compulsively in his guilty mind.

Second to None (directed by Vincent Gallagher / 7 min. / Ireland) – Frederick Butterfield has always been runner up to his twin brother Herman.

Shy Guys (directed by Fredric Lehne / 8 min.) – Two strangers confront one of the most insidious scourges afflicting mankind while standing at public urinals with their willies out. 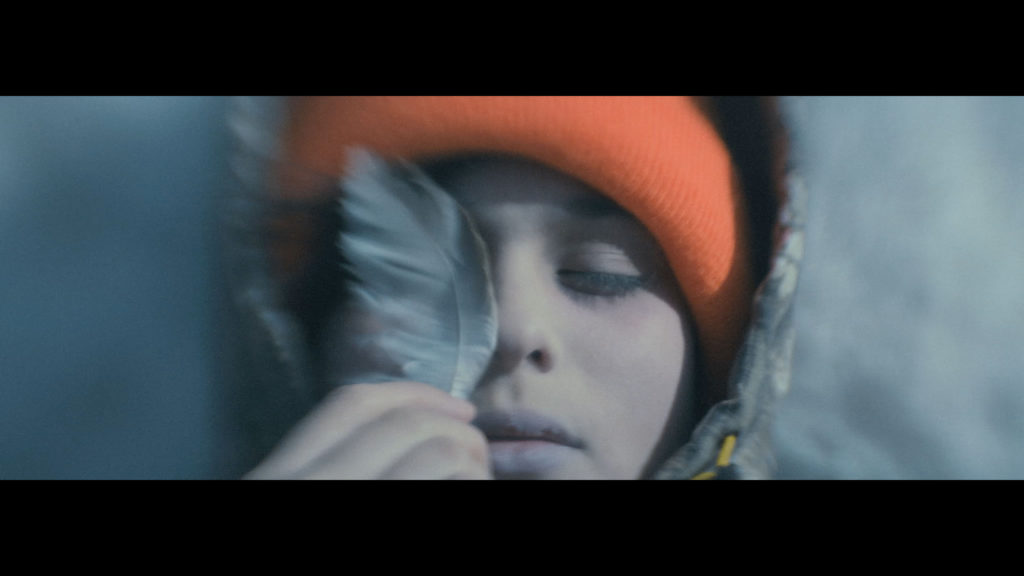 After the Smoke (directed by Nick Waterman / 9 min.) – A town gathers for the local rodeo in a remote outback mining station.
Screens with The Scent of Rain & Lightning

Alison (directed by David Lester / 13 min. / Canada) – A dysfunctional night with his girlfriend challenges Jay to evaluate whether the rewards of intimacy and commitment are worth it.
Screens with Dr. Brinks & Dr. Brinks

Buttercup (directed by Megan Brotherton / 12 min.) – As Maggie struggles with her mother’s death, a surprise visitor helps her find joy again.
Screens with For Now

The Collection (directed by Adam Roffman / 11 min.) – Two friends stumble upon the holy grail of movie memorabilia in the most unlikely of places.
Screens with Perfect Bid: The Contestant Who Knew Too Much

Dancing in Limbo (directed by Amanda Larsh, Hannah Bradford, Caroline Roffe & Nick McDonald / 14 min. / Chapman University) – When dance becomes the only way to express yourself and forget your troubles as a refugee, true passion emerges.
Screens with Liyana

The Day Before (directed by Geoff Marslett / 15 min.) – The losses are literal when a pre-wedding hunting trip in the Colorado mountains spins out of control.
Screens with Infinity Baby

Dress in Black (directed by Daniel Daly / 10 min.) – Hoping to come to terms with why she is unable to get out of bed, Olivia explores her memories and imagination.
Screens with The Sounding

Dressed (directed by Sydney O’Haire / 7 min. / DePaul University) – After her engagement collapses, Mags’ mourning is interrupted by her little sister, recently out and seeking her support at a Pride protest.
Screens with The Promised Band

Election Night (directed by Ryan Scafuro / 8 min. / UK) – An international crowd gathers until the early morning to watch the US election at a pub in London.
Screens with The Misogynists

Emergency (directed by Carey Williams / 11 min.) – Faced with an emergency, a group of young Black and Latino friends carefully weigh the pros and cons of calling the police.
Screens with Bomb City

The Full Story (directed by Daisy Jacobs & Chris Wilder / 8 min. / UK) – Toby is selling his childhood home. Walking through the empty rooms, he is assailed by memories of happiness unravelling and the helplessness of being a child. Why do close ties break and loved ones leave? Can we ever know the full story?
Screens with Forever ‘B’

Make Them Believe (directed by Taimi Arvidson / 14 min. / Russia) – A Russian wrestler enchanted by the United States plays the ultimate villain as the stars and stripes-clad character “American Hope” in Moscow’s underground wrestling ring.
Screens with The Road Movie

My Treasure (directed by Michael Flores  / 20 min. / El Salvador) – A cleaning woman steals a Salvadoran Civil War map and hunts for treasure in the hope of reuniting with her son.
Screens with Blank 13

Now (directed Otávio Lima & Mickael Couturier / 9 min. / Brazil) – A poetic meditation on the physical and mental journey of climber Lucas Lima as he tests his determination on a difficult ascent.
Screens with The Tenth Step

Pittari (directed by Patrick Smith / 4 min.) – A horned creature’s destructive rampage is halted by a stubborn adversary.
Screens with All the Rage

Rekindled (directed by Erin Brown / 13 min.) – After a string of failed relationships, a successful career woman gets the chance to rekindle a romance with the love of her life.
Screens with The Relationtrip

Richie’s (directed by Gaspard Nemec / 11 min.) – After opening its doors in the mid-90’s, Richie’s gym became a safe haven where people found refuge from the drug riddled, violent streets. Now in the midst of a rapidly gentrifying neighborhood, it’s fighting to survive.
Screens with The Cage Fighter

Ride Share (directed by Leo Gilbert / 19 min.) – A stressed out millennial is forced to take a long ride share to visit her father.
Screens with Your Ride is Here

Running Eagle (directed by Konrad Tho Fiedler / 13 min.) – An American Indian girl escapes from captivity in the oil fields of North Dakota and hitchhikes back to her home in Blackfeet country, Montana.
Screens with Walking Out

A Shepherd (directed by Vern Moen / 10 min.) – A young shepherd in Oregon’s Willamette Valley struggles with the life and death circle of his ancient job in a modern era.
Screens with No Man’s Land

Stars (directed by Han Zhang / 5 min. / Academy of Art University) – Grandpa and grandson sell stars in a town near the shore. One night they run out of the stars.
Screens with Dealt

We Go On (directed by Matteo Servente / 13 min.) – The conversations of two old gents in hospice care ricochet around like a shootout in a fantasy factory as they both relish the last communication left to them.
Screens with Lucky