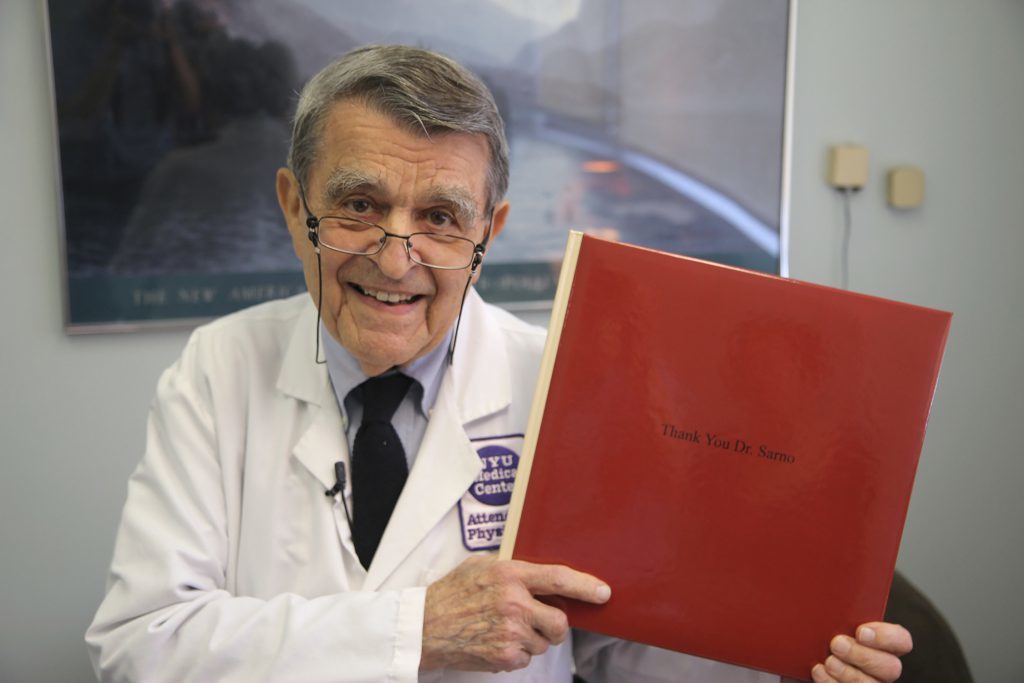 All the Rage (Saved by Sarno)
Directed by Michael Galinsky, Suki Hawley & David Beilinson
Northwest Premiere / 94 min.
America is experiencing an epidemic of pain. One man has the answer to the problem, yet the medical establishment has ignored him. For nearly 50 years, Dr. John Sarno has been single-handedly battling the pain epidemic by focusing on the mind-body connection and the nature of stress and the manifestation of physical ailments. Using a first-person approach to explore the work of Dr. Sarno and his radical methods to treating back pain, All the Rage examines the connection between emotions and health. Through interviews with Sarno, experts, and esteemed patients including Larry David and Howard Stern and many others, the film offers a profound rethink of how we approach our health care. 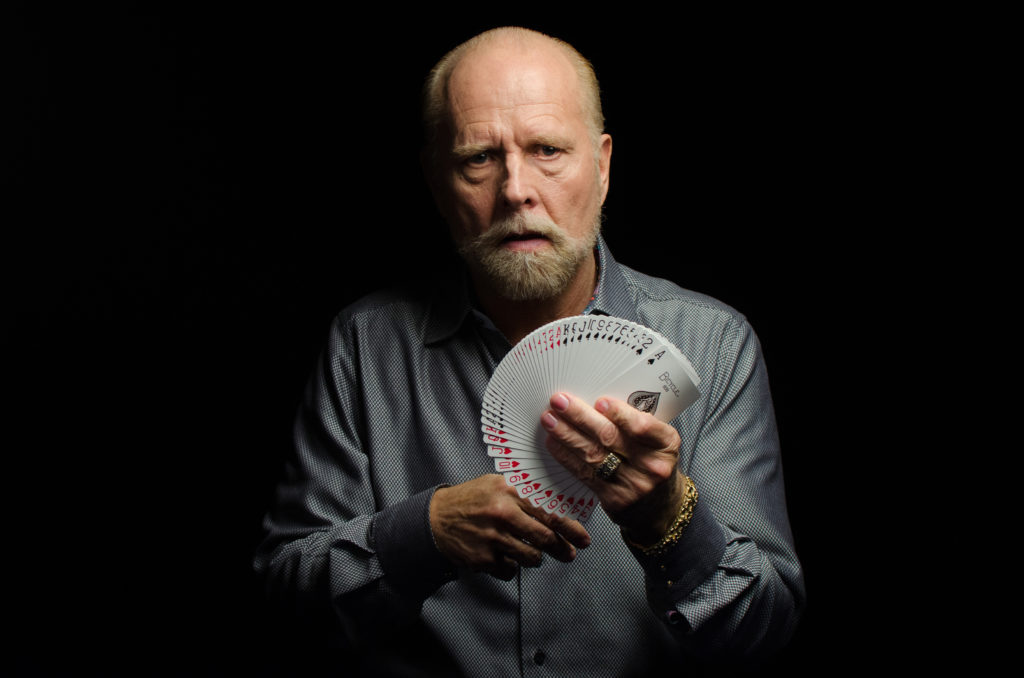 Dealt
Directed by Luke Korem
Northwest Premiere / 86 min.
One of the most renowned card magicians of all time, Richard Turner astounds audiences around the world with his legendary sleight of hand. What they may not even realize — and what makes his achievements all the more amazing — is that he is completely blind. Charting Turner’s colorful life from his tumultuous childhood to the present, Dealt reveals how through determination and force of will, he overcame seemingly insurmountable obstacles to rise to the top of his profession. It’s both a tantalizing, up-close look at the secretive world of magic and a candid, awe-inspiring portrait of a man who lives beyond his limitations. 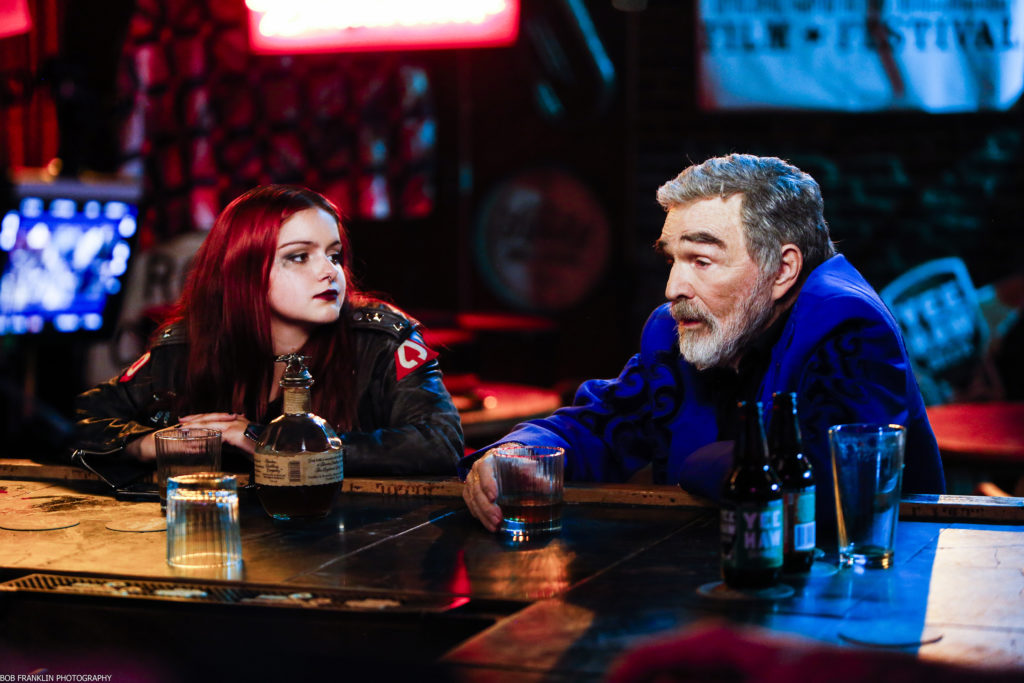 Dog Years
Directed by Adam Rifkin
Northwest Premiere / 94 min.
Vic Edwards was one of the biggest movie stars in the world, known for his mustachioed good looks and cocky swagger. With his Hollywood glory a distant memory, the now-octogenarian Vic is prompted to reassess his life with the passing of his beloved dog and the arrival of an invitation to receive a lifetime achievement award from the “International Nashville Film Festival.” Burt Reynolds stars in this universal story about growing old.

Liberation Day
Directed by Morten Traavik & Ugis Olte
West Coast Premiere / 98 min.
Under the loving but firm guidance of a longtime fan turned filmmaker and cultural diplomat, and to the surprise of a whole world, the ex-Yugoslavian cult band Laibach becomes the first rock group ever to perform in the fortress state of North Korea. Confronting strict ideology and cultural differences, the band struggles to get their songs through the needle’s eye of censorship before they can be unleashed on an audience never before exposed to alternative rock ‘n’ roll. Meanwhile, propaganda loudspeakers are being set up at the border between the two Koreas and a countdown to war is announced. The hills are alive… with the sound of music. 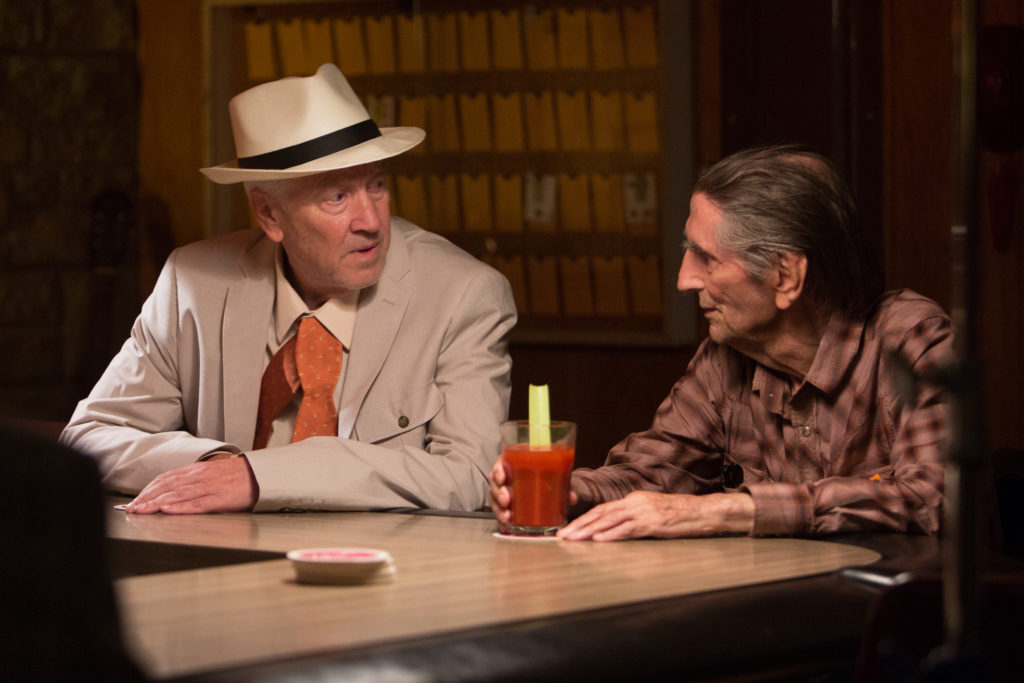 Lucky
Directed by John Carroll Lynch
Oregon Premiere / 88 Min.
The spiritual journey of a 90-year-old atheist and the quirky characters that inhabit his off-the-map desert town. Having outlived and outsmoked all of his contemporaries, the fiercely independent Lucky finds himself at the precipice of life, thrust into a journey of self exploration, leading towards that which is so often unattainable: enlightenment. Lucky is a love letter to the life and career of Harry Dean Stanton as well as a meditation on mortality, loneliness, spirituality, and human connection. Starring Harry Dean Stanton, David Lynch, Ed Begley Jr., and Tom Skerritt. 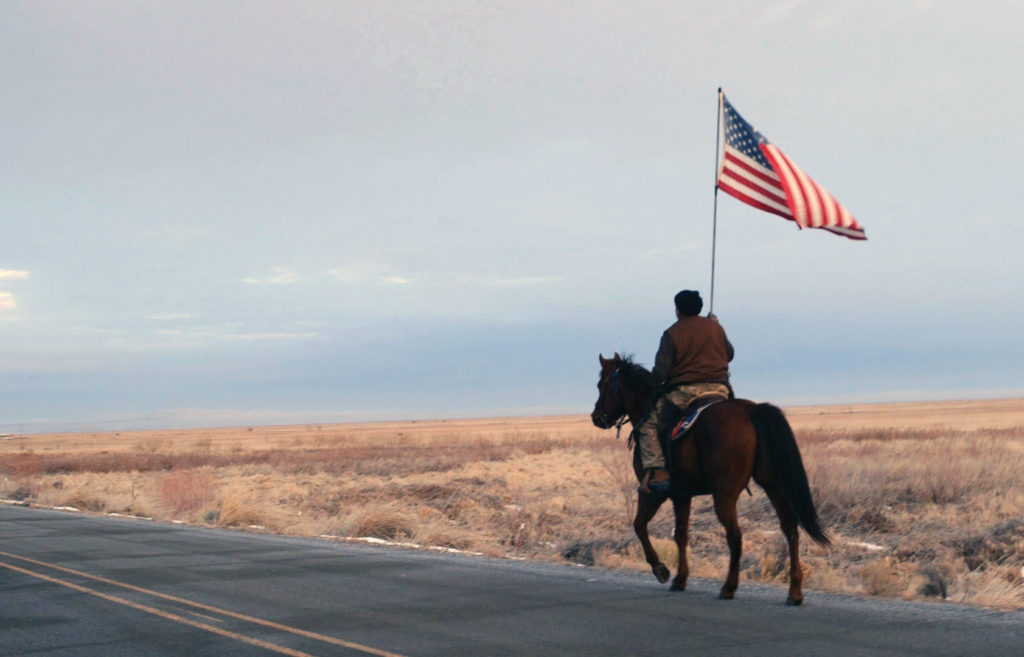 No Man’s Land
Directed by David Byars
Central Oregon Premiere / 81 min.
With unfettered access, director David Byars gives a detailed, on-the-ground account of the 2016 standoff between protesters occupying Oregon’s Malheur National Wildlife Refuge and federal authorities. After the leaders of this occupation put out a call to arms via social media, the Malheur occupiers quickly bolstered their numbers with a stew of right-wing militia, protestors, and onlookers. 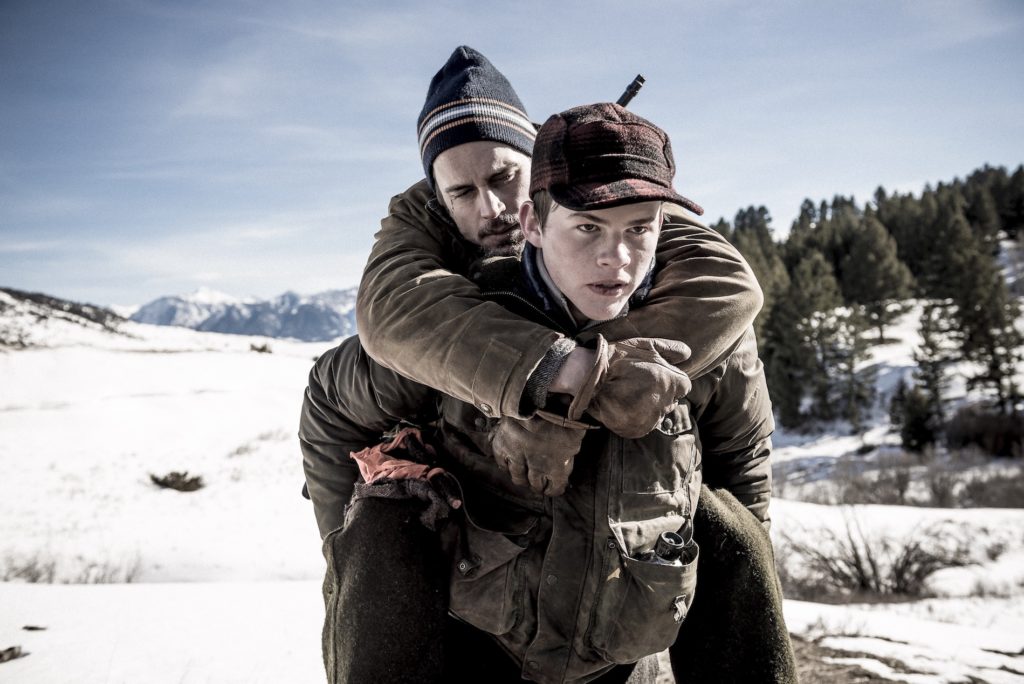 Walking Out
Directed by Alex & Andrew Smith
Oregon Premiere / 96 min.
An estranged father and son are forced to rely on one another to survive an unforgiving wilderness in this riveting, richly emotional thriller. Once a year, fourteen-year-old David travels from his mother’s home in Texas to visit his loner father, Cal, in the remote mountains of Montana. There, the two embark on their annual hunting excursion, during which the taciturn Cal attempts to connect with his smartphone-addicted son. But when a terrifying turn of events leaves Cal critically wounded, it’s up to the teenage David to summon enough strength for both of them. Infused with a deep reverence for the rugged beauty and harsh realities of the Montana landscape, Walking Out is both a tense survival saga and a disarmingly moving father-son tale. Starring Matt Bomer, Josh Wiggins, and Bill Pullman. 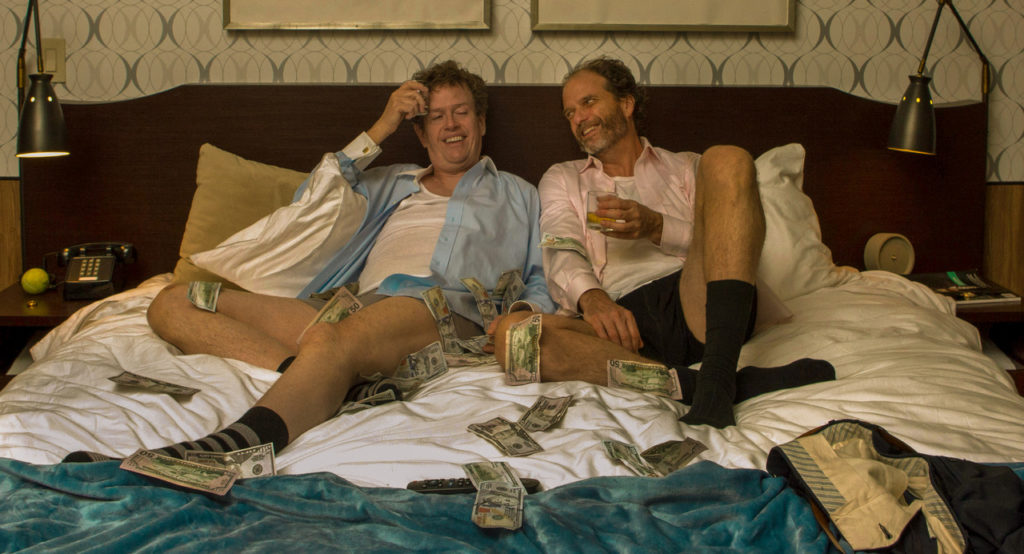 The Misogynists
Directed by Onur Tukel
West Coast Premiere / 85 min.
Cameron is a lonely businessman and Trump supporter who has recently separated from his wife of 35 years. Now living on his own in a hotel room, he celebrates Election Night with his sad-sack protégé Baxter who is experiencing marital woes of his own. As the night progresses and the two men begin to sense the historic political upset that is playing out before their eyes, their beliefs, motivations and identities are challenged. Starring Dylan Baker and Jamie Block. 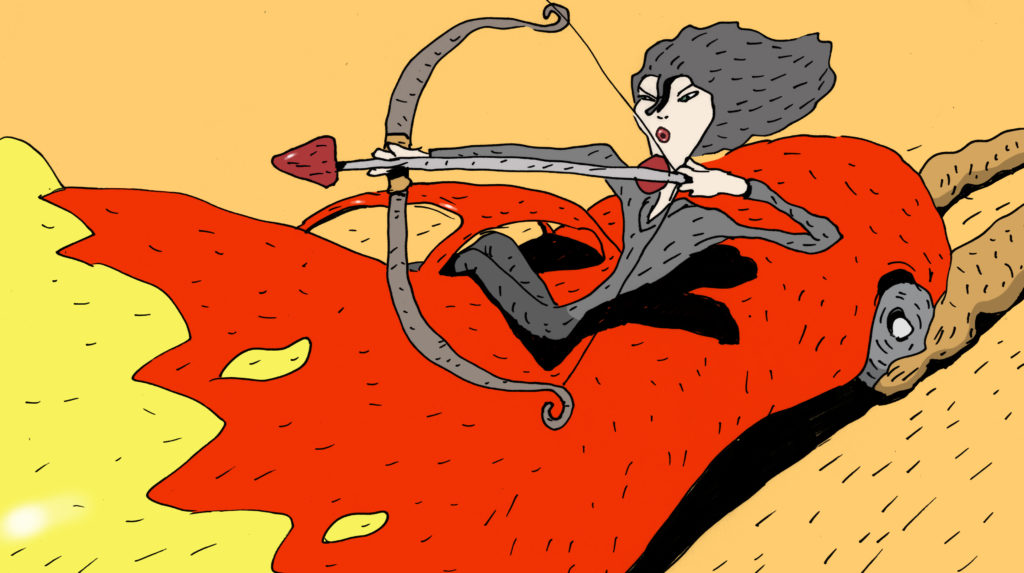 Revengeance
Directed by Bill Plympton & Lim Lujan
Central Oregon Premiere / 70 min.
The latest feature from Oscar-nominated animator Bill Plympton, co-created with underground animation veteran Lim Lujan, Revengeance follows a low-rent bounty hunter named Rod Rosse, “The One-Man Posse,” who gets entangled in a web of danger when he is hired by U.S. Senator Deathface to find the girl who stole a package. 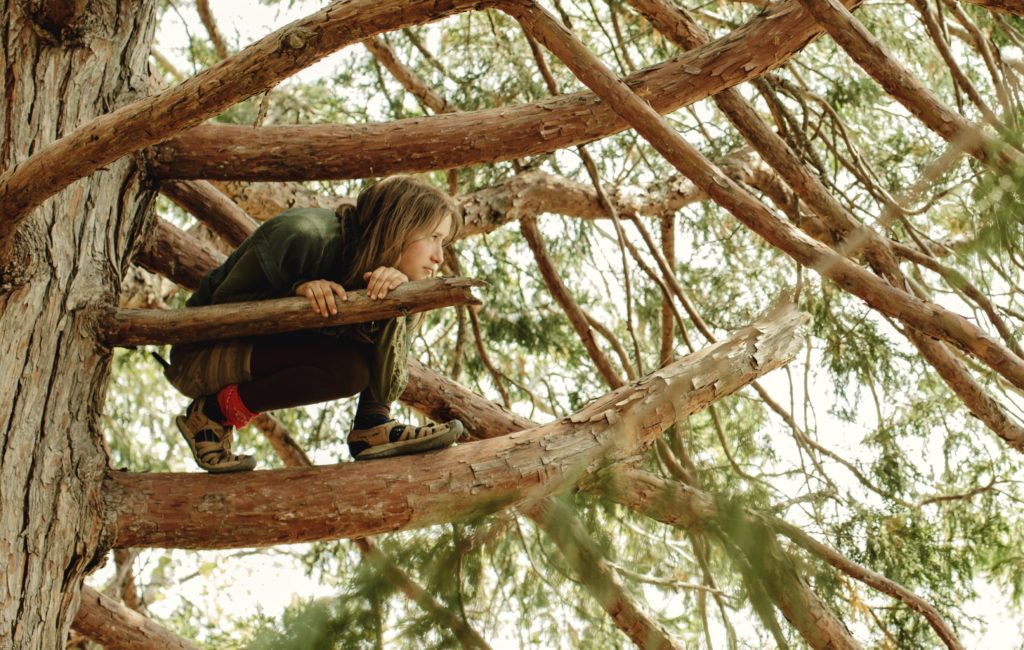 Shut Up Anthony
Directed by Kyle Eaton
Central Oregon Premiere / 93 min.
Anthony talks too much. A neurotic creative grinding out a living at a Portland ad firm, he loses his girlfriend, job and dignity over the course of a few days. With nothing else to do, Anthony flees to his family’s timeshare where he encounters Tim, an estranged family friend who is also an alcoholic theology professor. The two are forced to share the space as they clash over relationships, religion, vodka and coaster etiquette. Shot on location in Bend and Sunriver. 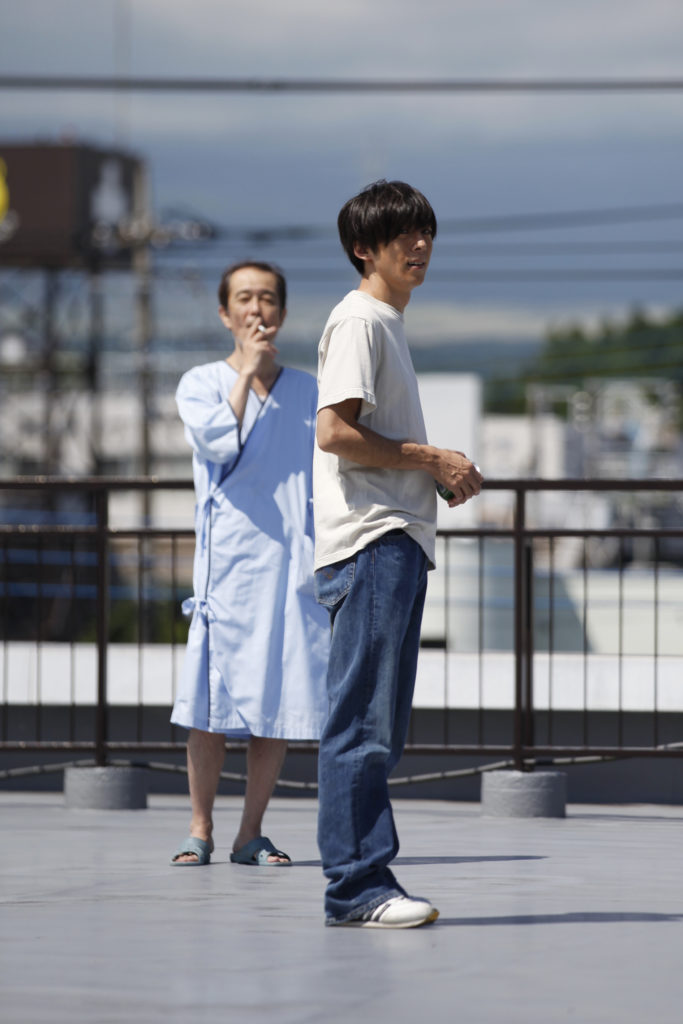 Blank 13
Directed by Takumi Saitoh
West Coast Premiere / 71 min. / Japan
Koji is bewildered by a sudden phone call from his brother telling him that he has located their long-lost father. It has been thirteen years since their dad stepped out of the house, never to return. Moreover, Koji is stunned to hear that their father has cancer and been given three months to live. When the inevitable day of their father’s funeral arrives, Koji and his brother must confront both the thirteen-year blank created by his absence as well as a collection of odd acquaintances who have come to pay their last respects. 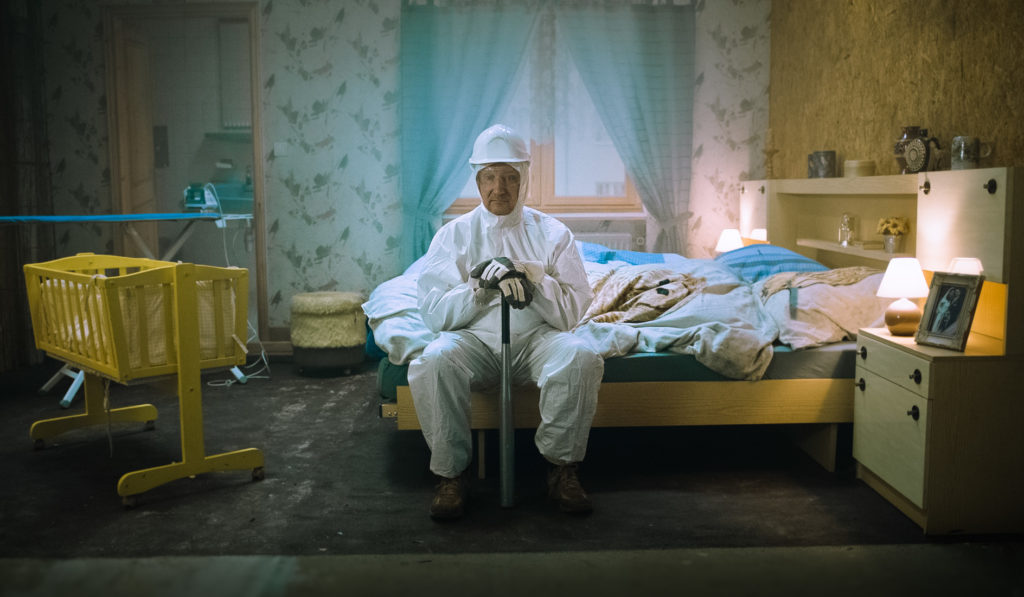 Sex, Pity and Loneliness
Directed by Lars Montag
US Premiere / 120 min. / Germany
Sex, Pity and Loneliness lets different attitudes and life expectations of urban people clash: physician Julia hires a callboy as an escort, while her ex-husband lives out his fantasies with an internet acquaintance. A retired teacher has a dark secret linking him to a teenage-girl whose little sister gets kidnapped, putting the marriage of the her parents to the test. Based on the acclaimed novel of the same name by Helmut Krausser. 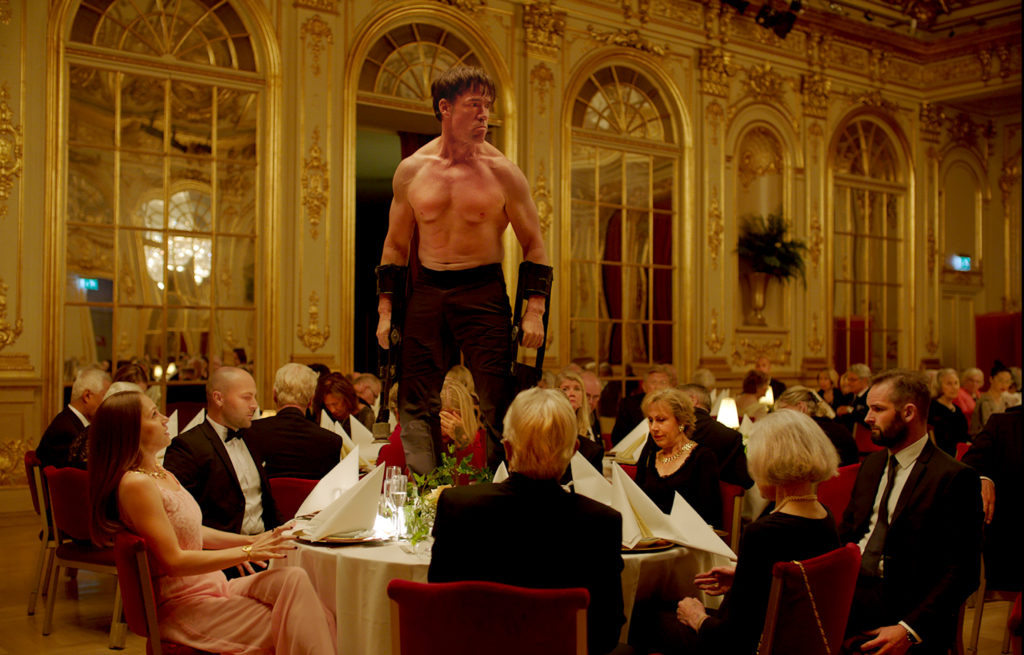 The Square
Directed by Ruben Östlund
Oregon Premiere / 145 min. / Sweden
Christian is the respected curator of a contemporary art museum, a divorced but devoted father of two who drives an electric car and supports good causes. His next show is “The Square,” an installation which invites passersby to altruism, reminding them of their role as responsible fellow human beings. But sometimes it is difficult to live up to your own ideals: Christian’s foolish response to the theft of his phone drags him into shameful situations. Meanwhile, the museum’s PR agency has created an unexpected campaign for “The Square,” and the overblown response sends Christian, as well as the museum, into an existential crisis. Winner of the Palme d’Or at the 2017 Cannes Film Festival. Staring Claes Bang, Elisabeth Moss, and Dominic West. 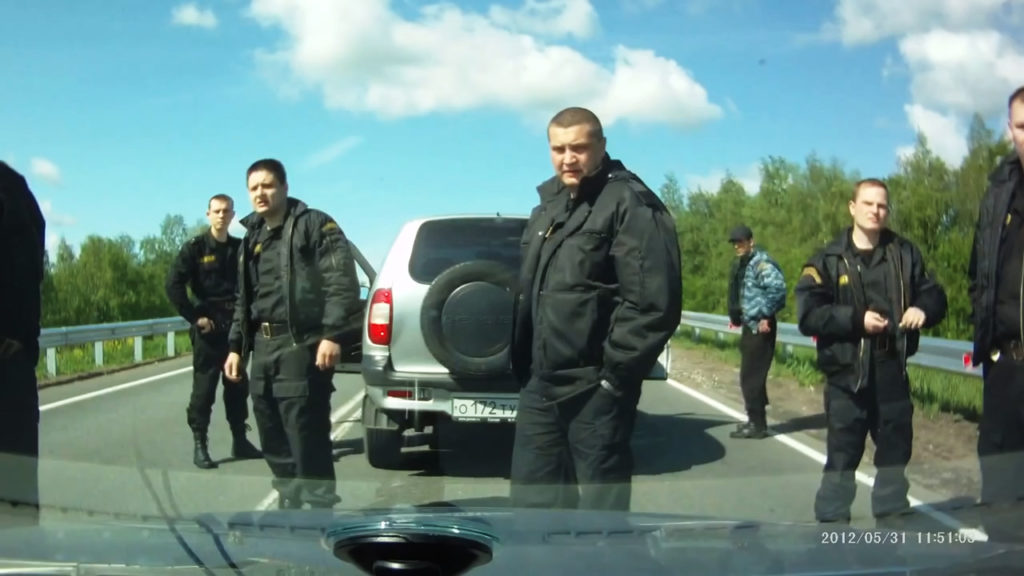 The Road Movie
Directed by Dmitrii Kalashnikov
Northwest Premiere / 67 min. / Russia
A fascinating mosaic of asphalt adventures, landscape photography, and some of the craziest situations you’ve ever seen, The Road Movie is a stunning compilation of video footage shot exclusively via dashboard cameras in Russian automobiles. The dash-cam phenomenon permeates Russian roads so thoroughly, capturing a vivid range of spectacles through the windshield, including a comet crashing down to Earth, an epic forest fire, and no shortage of angry motorists taking road rage to wholly new and unexpected levels. All the while, accompanied by bemused commentary from unseen and often stoic drivers and passengers.