BendFilm will celebrate Earth Day 2017 with a screening of a compelling new documentary that the Hollywood Reporter called “eye opening ” on April 18th at the Tower Theatre. 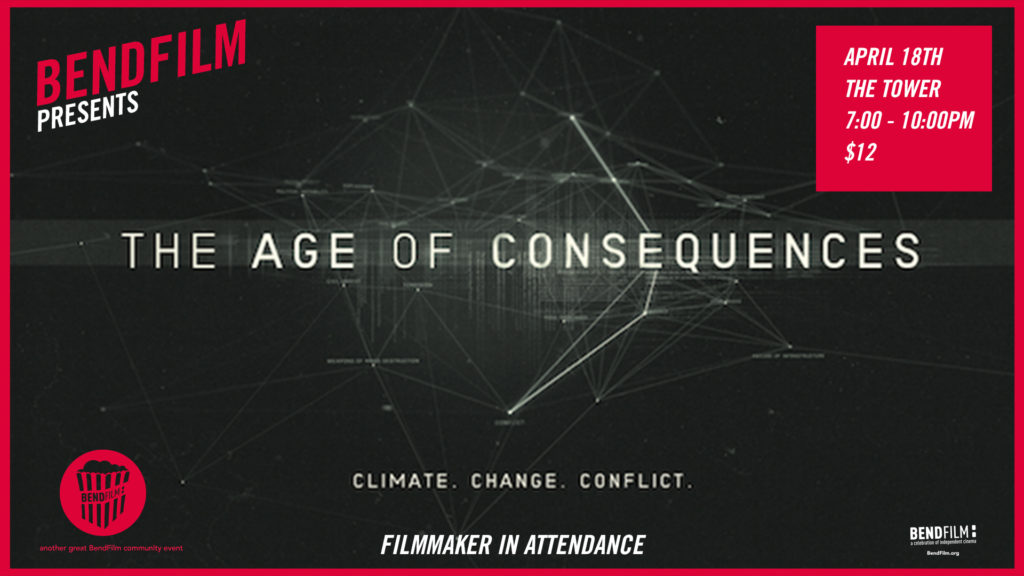 Director Jared P. Scott, chooses an unusual perspective in THE AGE OF CONSEQUENCES (USA, 2016, 80 min) as he investigates the issue of climate change through the lens of US national security and global instability. With the participation of Pentagon insiders, admirals, generals and military veterans, the film looks at how climate change can amplify social tensions in volatile regions of the world. The film’s goal is to open the audience’s eyes and minds and show that if we all come together, there is hope.

Sophie Robinson, Executive Producer of THE AGE OF CONSEQUENCES, will be on hand for a discussion and to field questions following the film.
“When sectors of power are de-prioritizing environmental protections, it’s important to bring together the Bend community of nature-lovers, veterans, and outdoor enthusiasts to discuss why we all have a stake in fighting climate change,” said BendFilm Director Todd Looby. “A film like this is an incredible way to provoke thought and inspire action on an issue so important to our community.”

Where:  The Tower Theatre

Trailer: THE AGE OF CONSEQUENCES